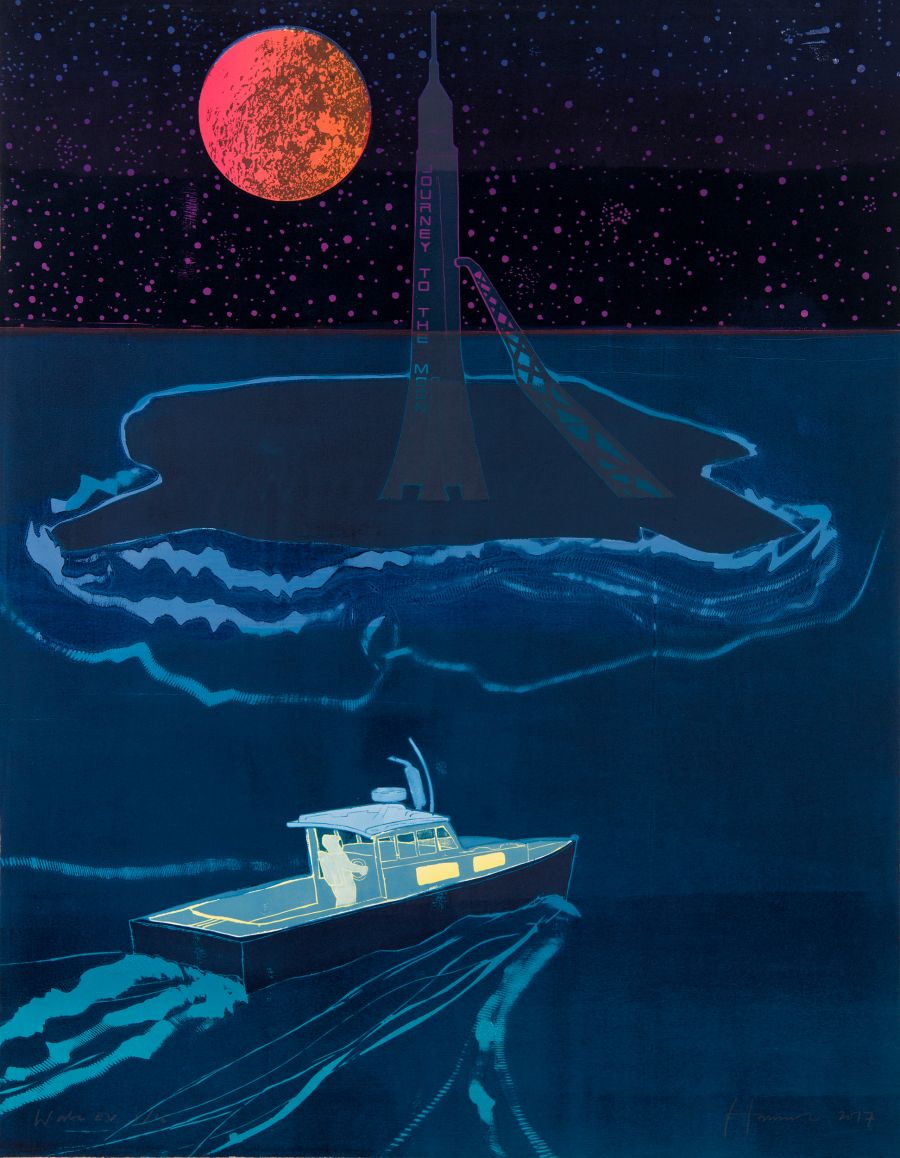 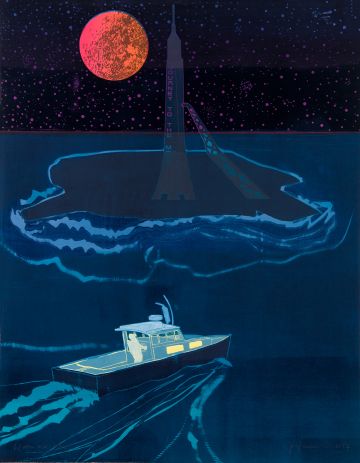 Wake, the fourth image in the Lunar Voyage Series, shows the wanderer approaching his lunar rocket. The launch came from drawings of lobster boats in Maine while the overall image like many of my paintings and prints was influenced by Hergé's work, in particular his cover for The Black Island, The Adventures of Tintin. I worked this out retrospectively and while I never looked at his illustrations while making Lunar Voyage I later realised that this picture in particular was seared in my memory since childhood. – TH 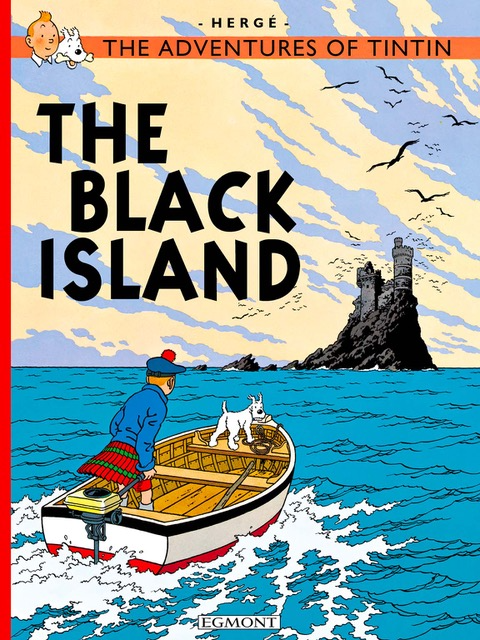