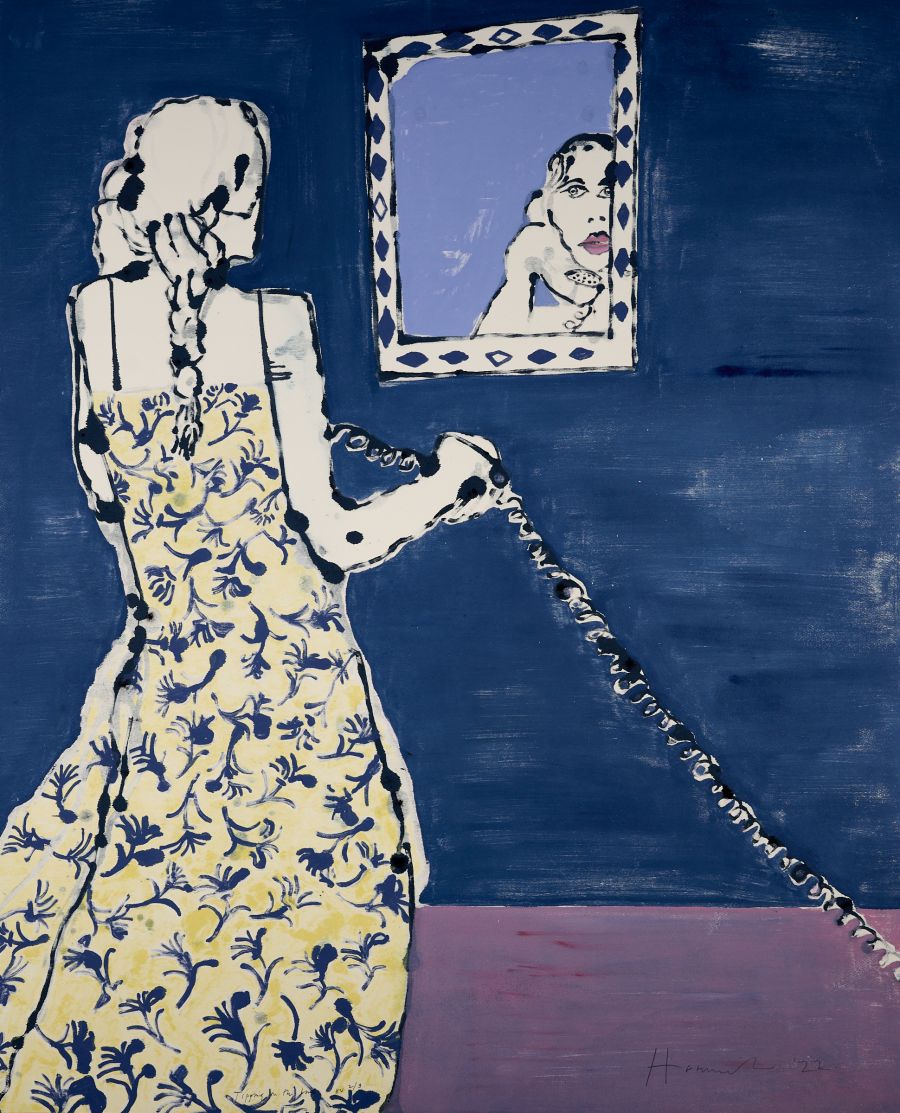 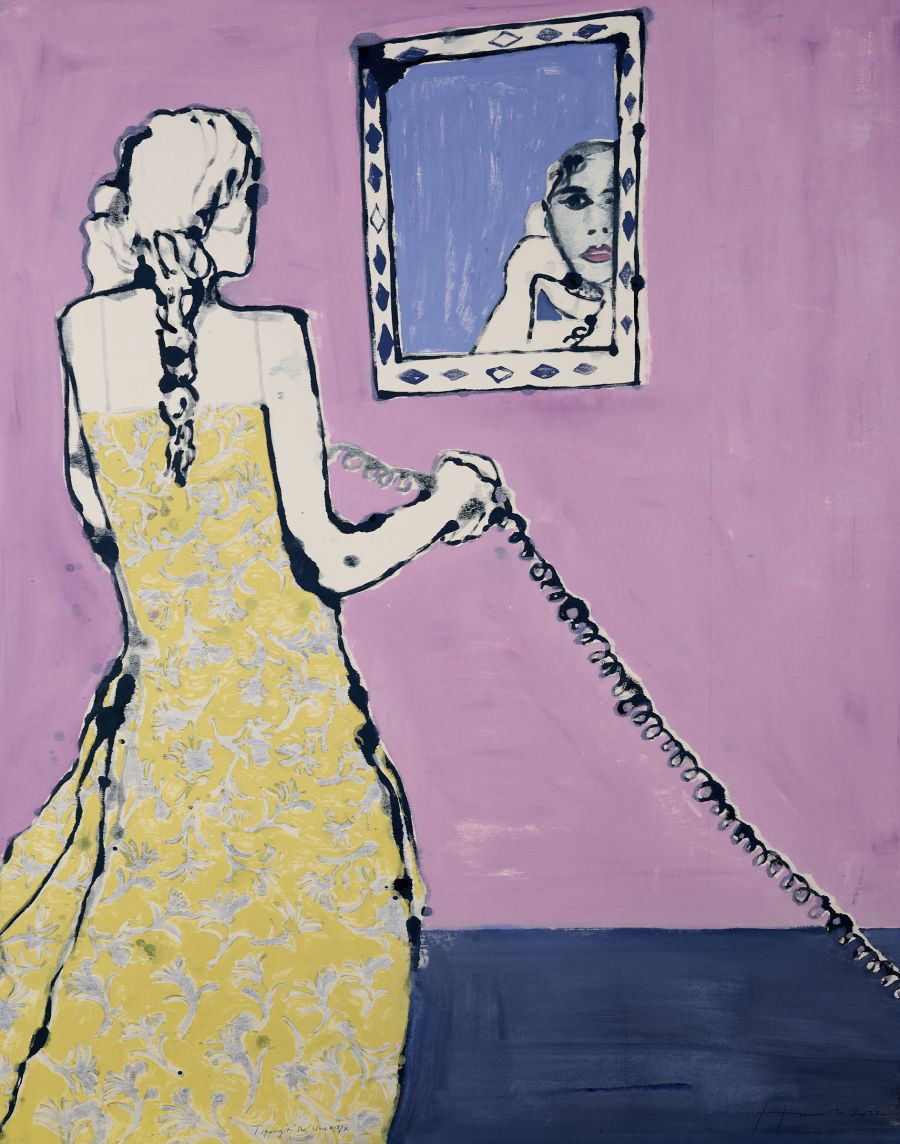 Tipping on the Wire 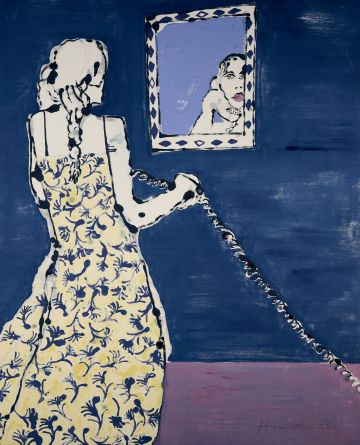 Danielle de Niese, such a brilliant actress as well as a singer starred in a recent BBC production of La Voix Humaine by Poulenc; An Opera in one act as a soliloquy of a woman being ditched by her lover over the phone, originally based on a play with the same name by Jean Cocteau. Rather than have the figure smaller in scale roaming around her apartment I chose to focus primarily on a rearview of the woman with half her face reflected back at us through a mirror. I was remembering the long coiled telephone cord from our phone in the kitchen that gave us some privacy if we stretched it to the other side of the kitchen door. It also reminds me of lots of movies made in the early 70's where telephone cords seemed to be so long especially in America. I liked imagining her and his voice travelling up and down the wire as a sort of umbilical cord to each other. The flat space around the mirror I hope acts as the desperate void in her head as she realises her relationship is really over. – TH