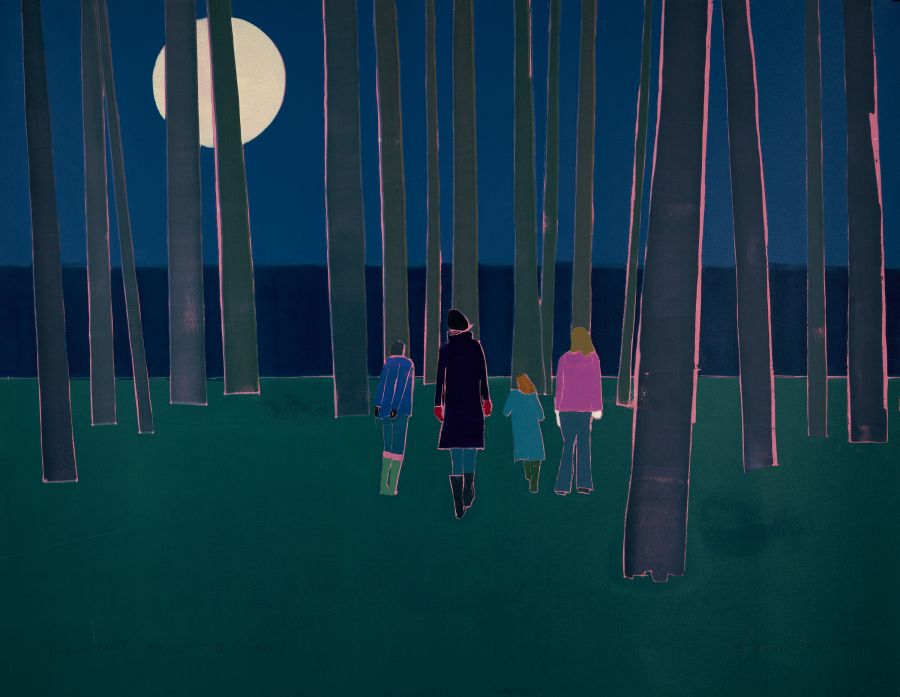 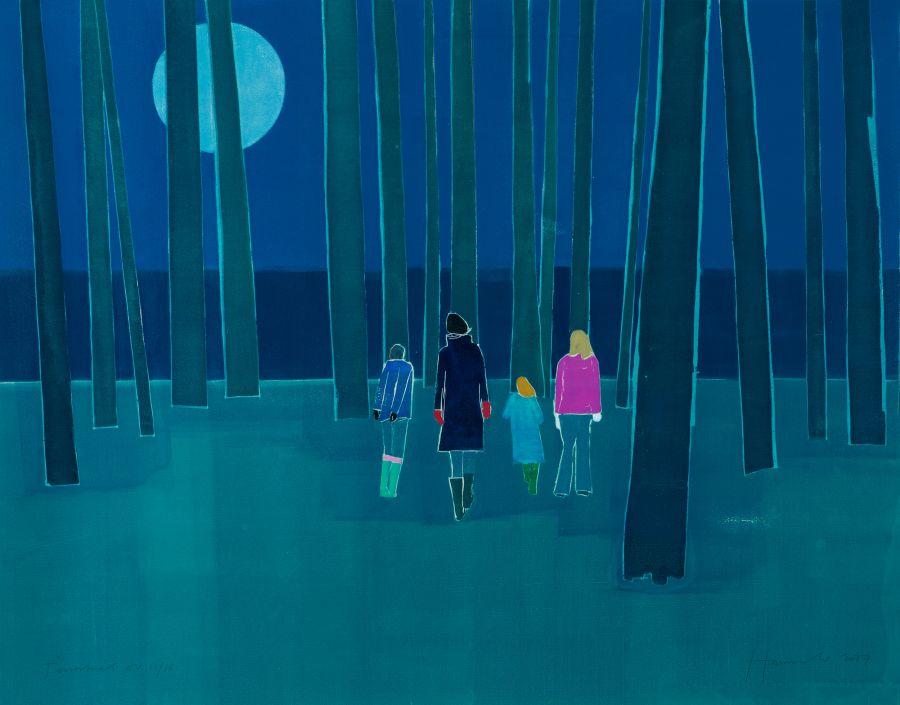 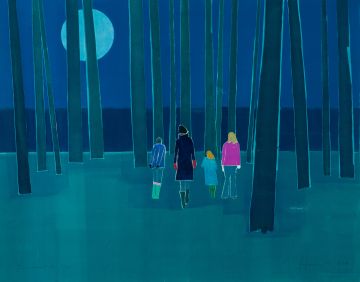 In the Lunar Voyage Series, as my family look up at the moon from the Earth, I was thinking about the harrowing visions in A Man who Fell to Earth, depicting a family on a far off dying planet, desperate for water. I tried to link the experiences of the group on earth to the visions of the voyager on the moon dreaming of his loved ones. Terrestrial is influenced by Caspar David Friedrich (Ruckenfigur - a figure seen from behind as a device by which the viewer can make a personal connection to the figure(s) within the image - became a regular compositional device in my work for some time) - TH