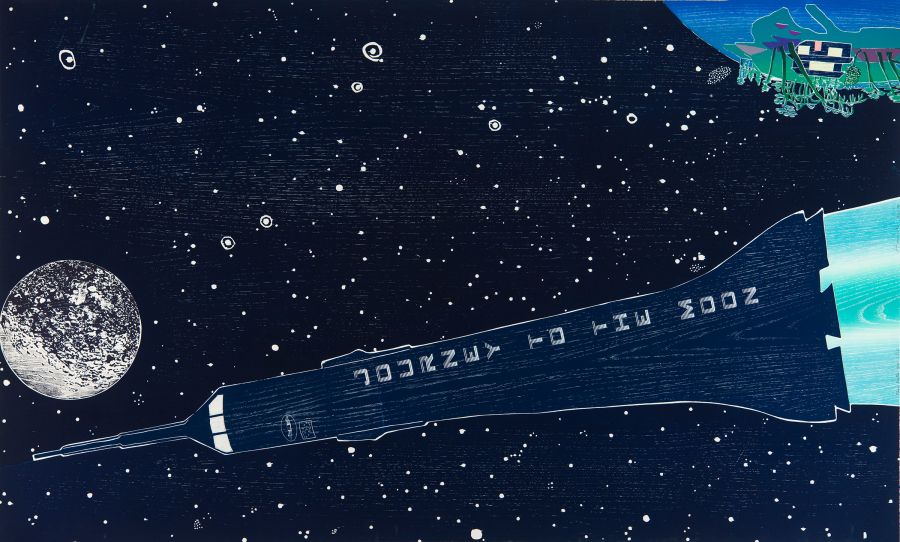 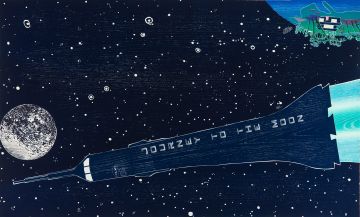 Star Path has separate jigsawed woodcut pieces with laser cutting and hang painting. In this woodcut I wanted the rocket to be a bit like The Flying Dutchman, stealing into space. We started off with the flume of the engines coming out red, orange and yellow but it was all too noisy. I was trying for as much silence as possible, like in some shots of of the revolving space station in Kubrick’s 2001 A Space Odyssey and the stillness of Tarkovsky’s panoramic scenes in Solaris. We arranged the image to be horizontal and upside down (positioning Earth above the craft and not below) to try to show the vacuum of space as weightless. As the ship starts to approach the gravitational pull of our beautiful but sterile moon, I hope the inkling of approaching lunacy, might be hinted at, with our verdant planet being left behind. The rocket and surrounding stars in the cosmos were cut from two different plates of oak veneer, so the grain helped emphasise two varying spaces within the image, despite Prussian and indigo blues being the blending colour across the plane - TH