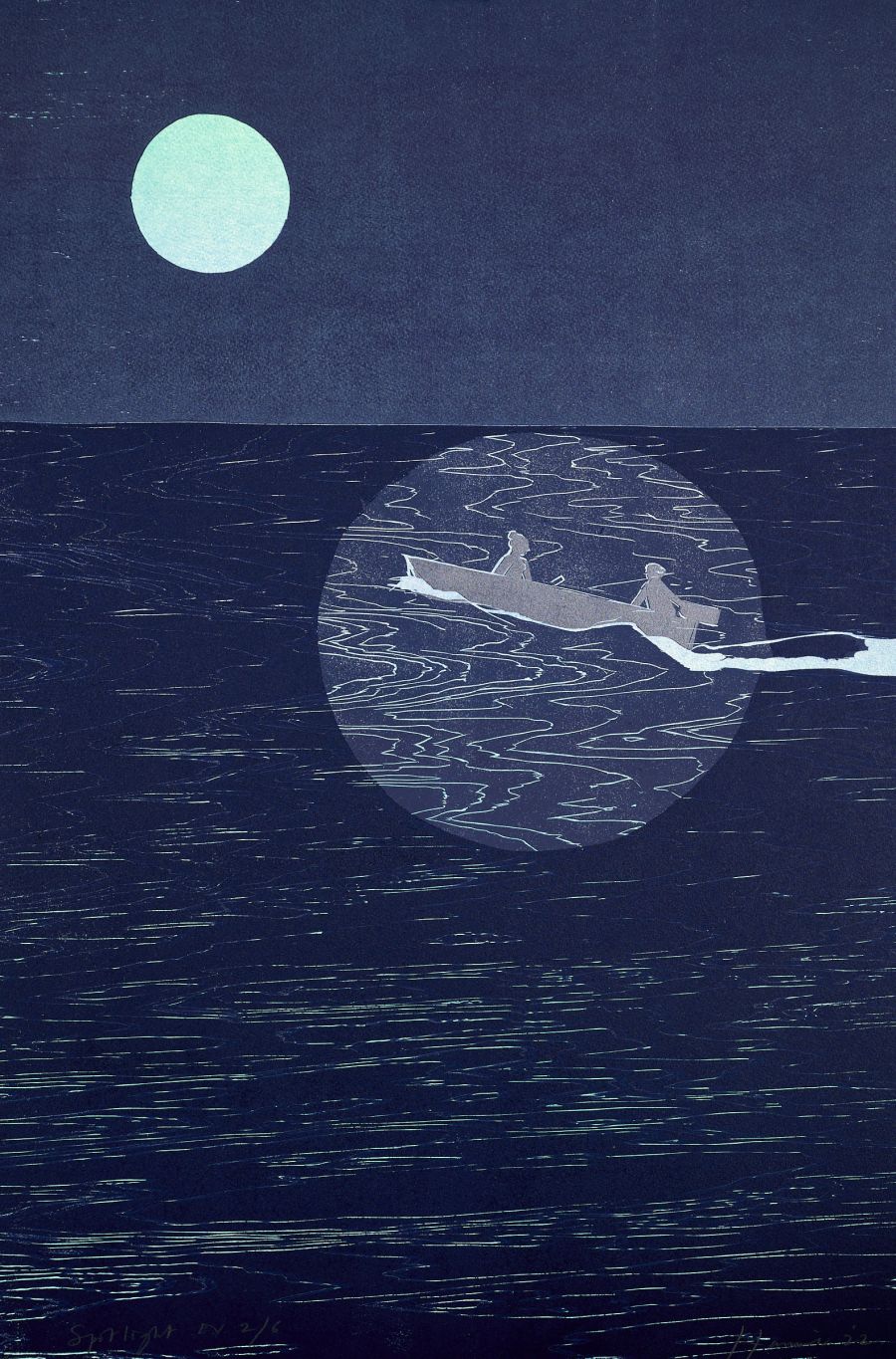 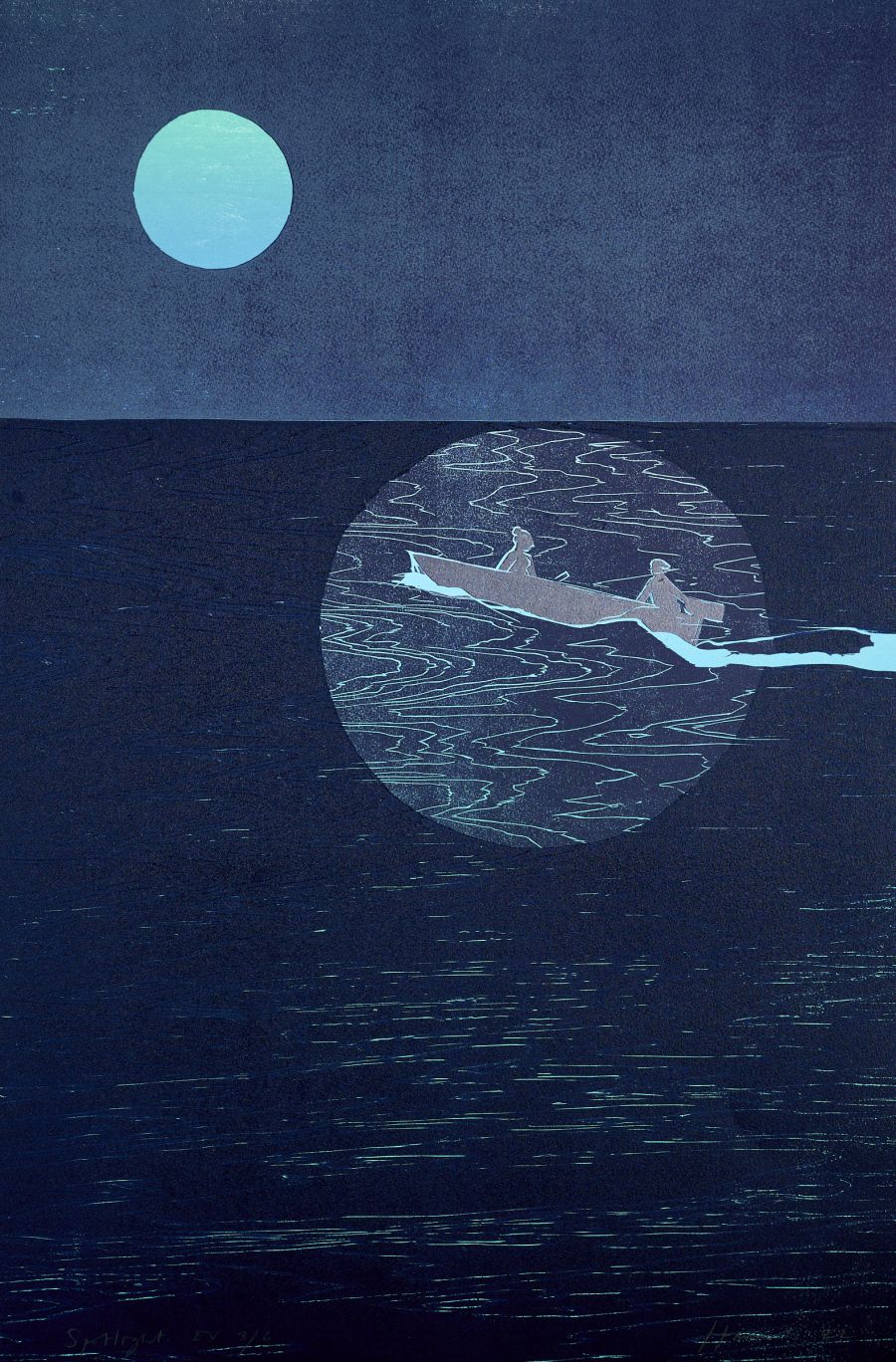 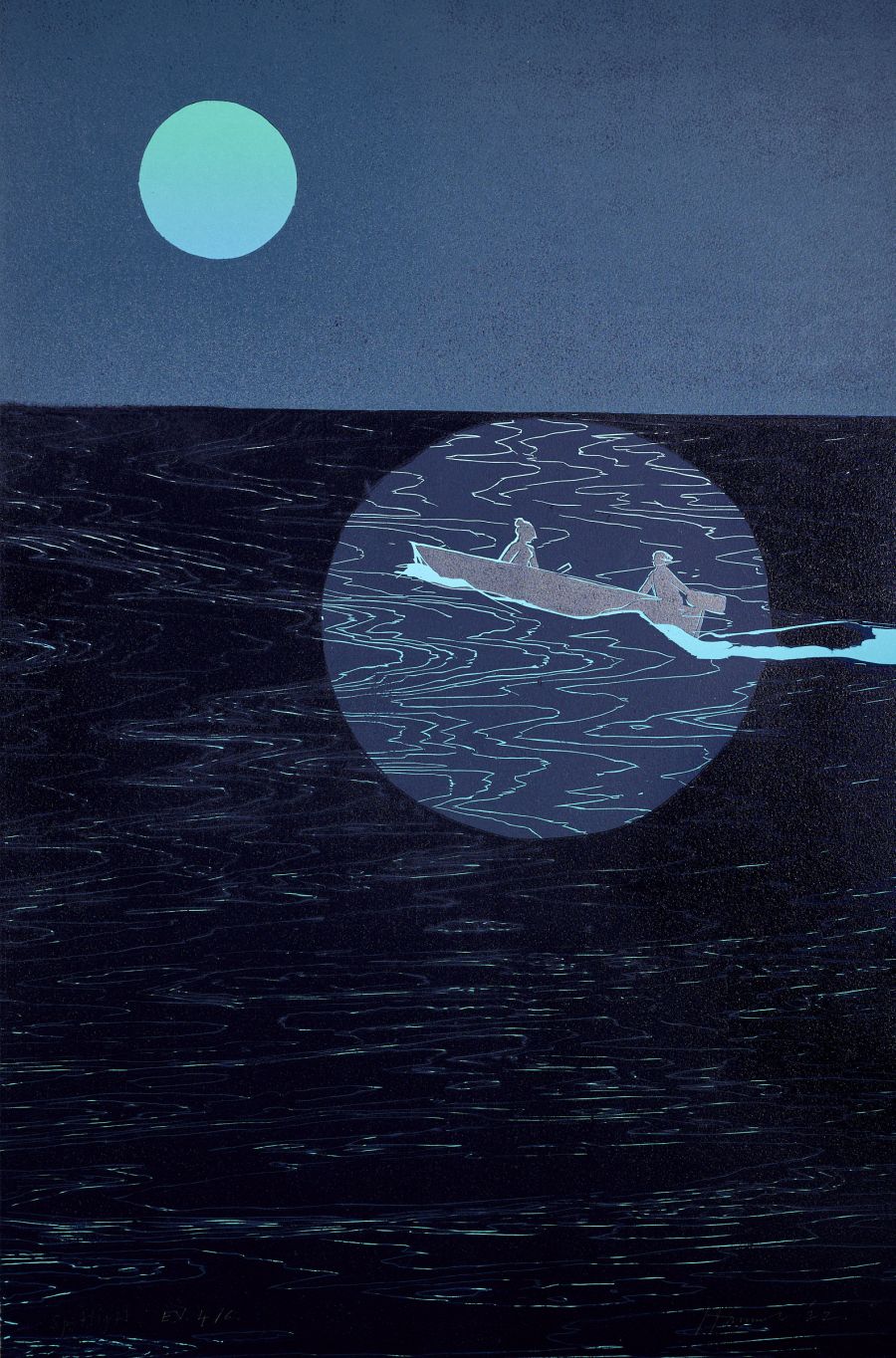 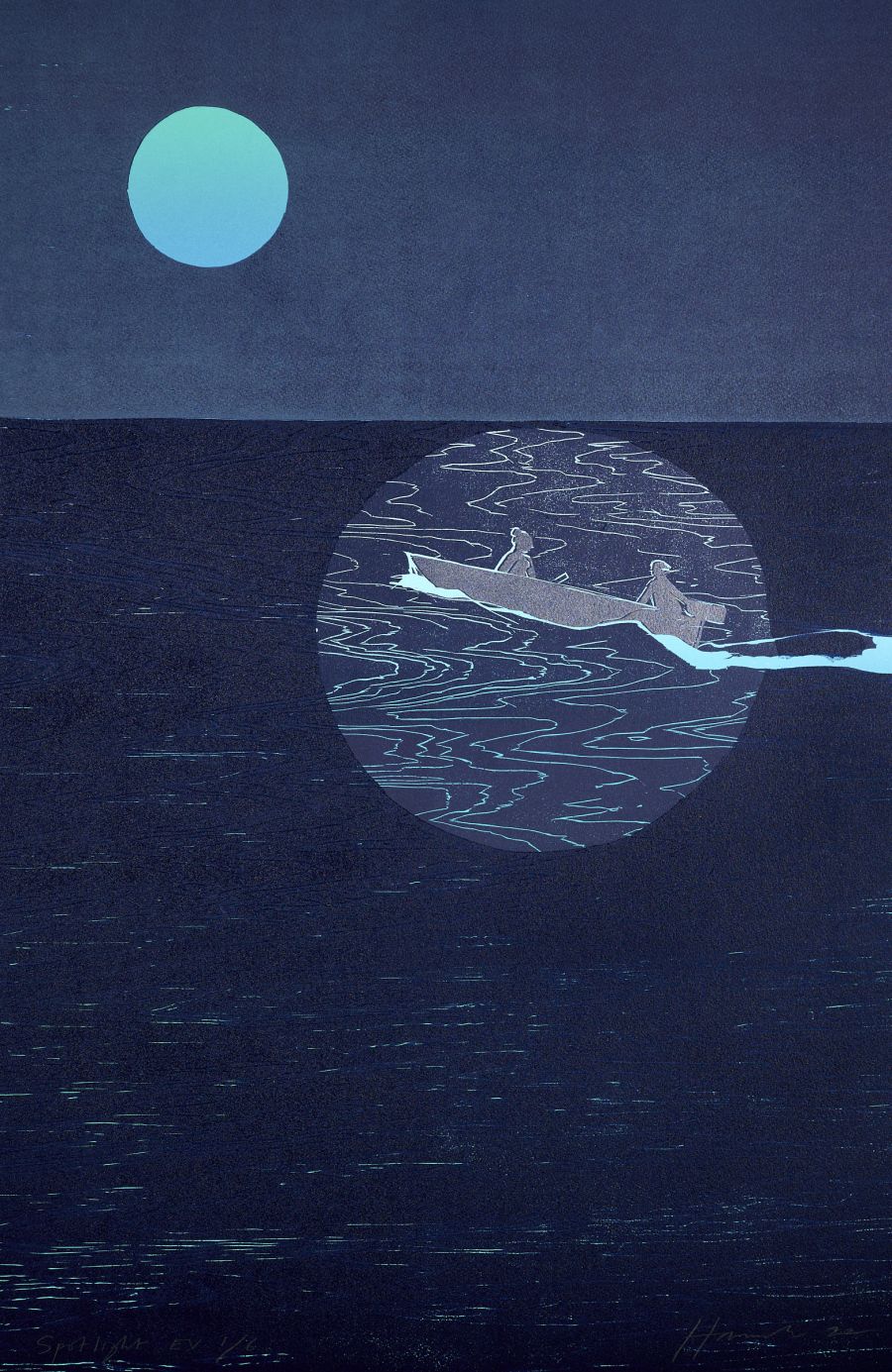 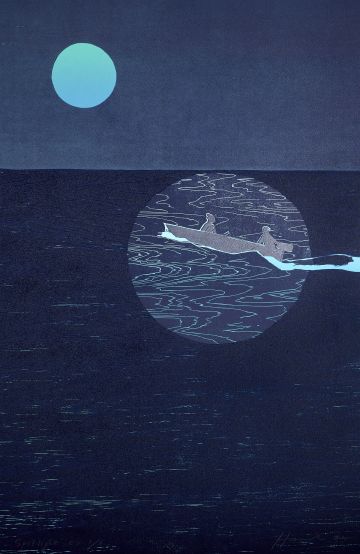 Both Open Water and Spotlight started after a thin inking of the plate revealed an incredibly watery woodgrain. The grain conjured the image. I love it when accidents like these happen in the print studio and the material dictates what goes on within the picture plane to a large extent. I think on looking at these images now they are very influenced by my childhood passion for Tintin with Hergé's incredibly economical illustrations. What are this couple doing in a tiny skiff out on the open water? In Spotlight it's as if they are being watched through a telescope; their escape is metaphorically connected to an extremely elastic bungee cord which will always keep them within sight. Also the corryvreckan whirlpool scene in Powell and Pressburger's "I Know where I am Going" springs to mind as the petulant and impulsive character of Joan Webster, played by Wendy Hiller, takes her future love Torquil MacNeil, played by the heavenly Roger Livesey, so close to their doom. – TH 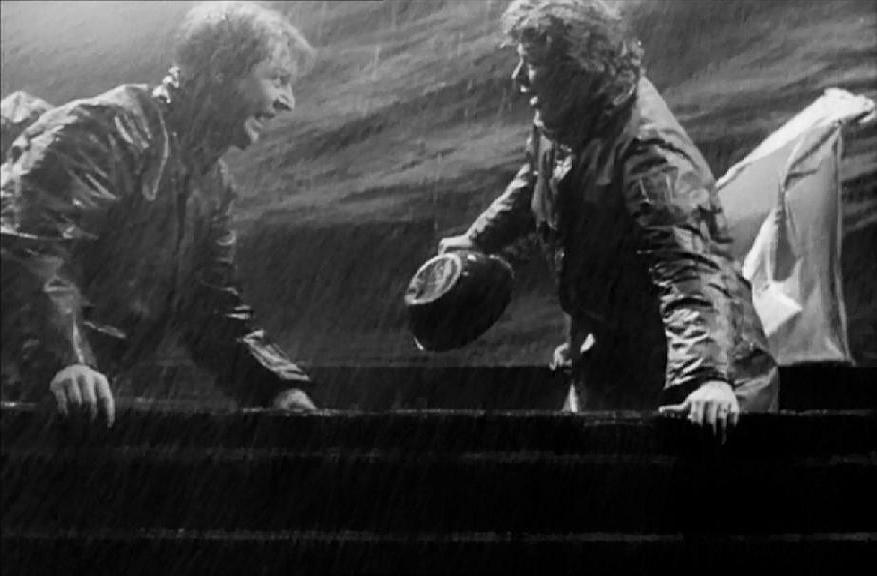