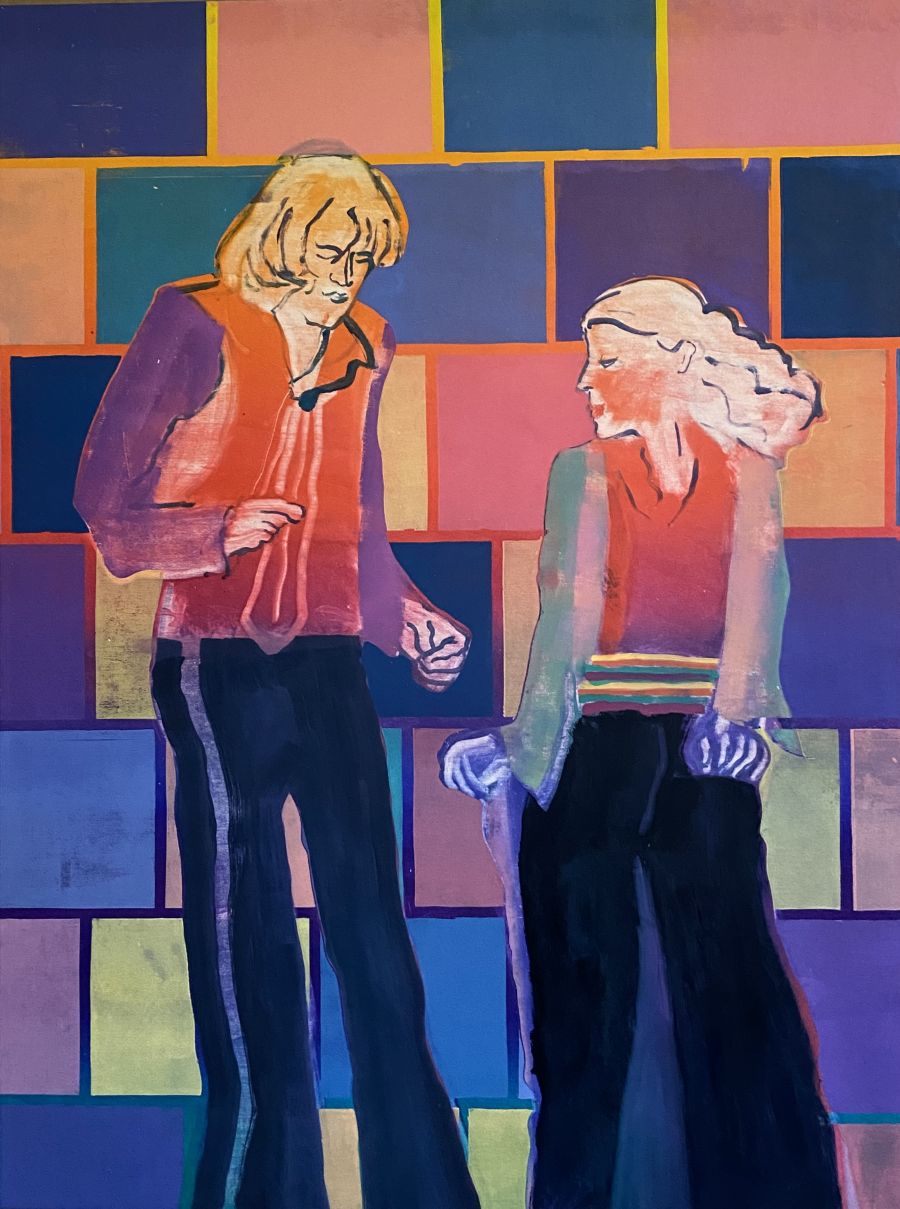 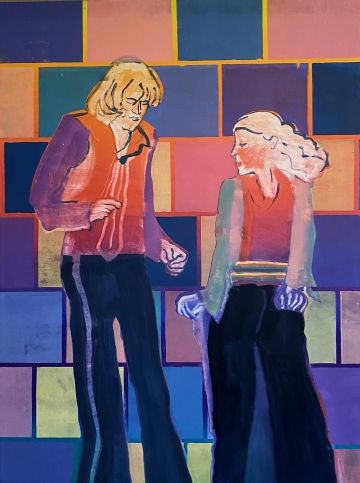 This monotype is made in response to Mozart's Marriage of Figaro, such an extraordinary opera of sublime music and singing which narrates a class battle between the nefarious count Almaviva wanting to have his way with Figaro's bride Susanna on the day of her wedding. Ahead of it's time, within it, it contains a story of a downstairs victory over the aristocracy. Here I have alluded to a scene later on in the opera where the count thinks he is meeting Susanna when in fact his wife Rosina is in disguise. The plot twists again at this point and Almaviva begs for forgiveness when his wife unveils her disguise. My mum and dad liked dancing and here I have imagined them at Studio 54 back in the 70's where my mother said that the music of Donna Summer was so loud it cut through her body like paper. My father brought up on shimmying to Bill Hailey's Rock Around the Clock, is performing great "dad dancing" to my mother's much more coquettish gyration! – TH 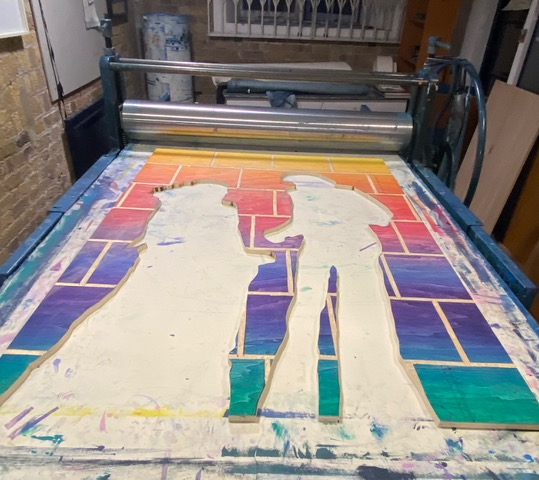 Blocks on the press for Rosina's Disguise