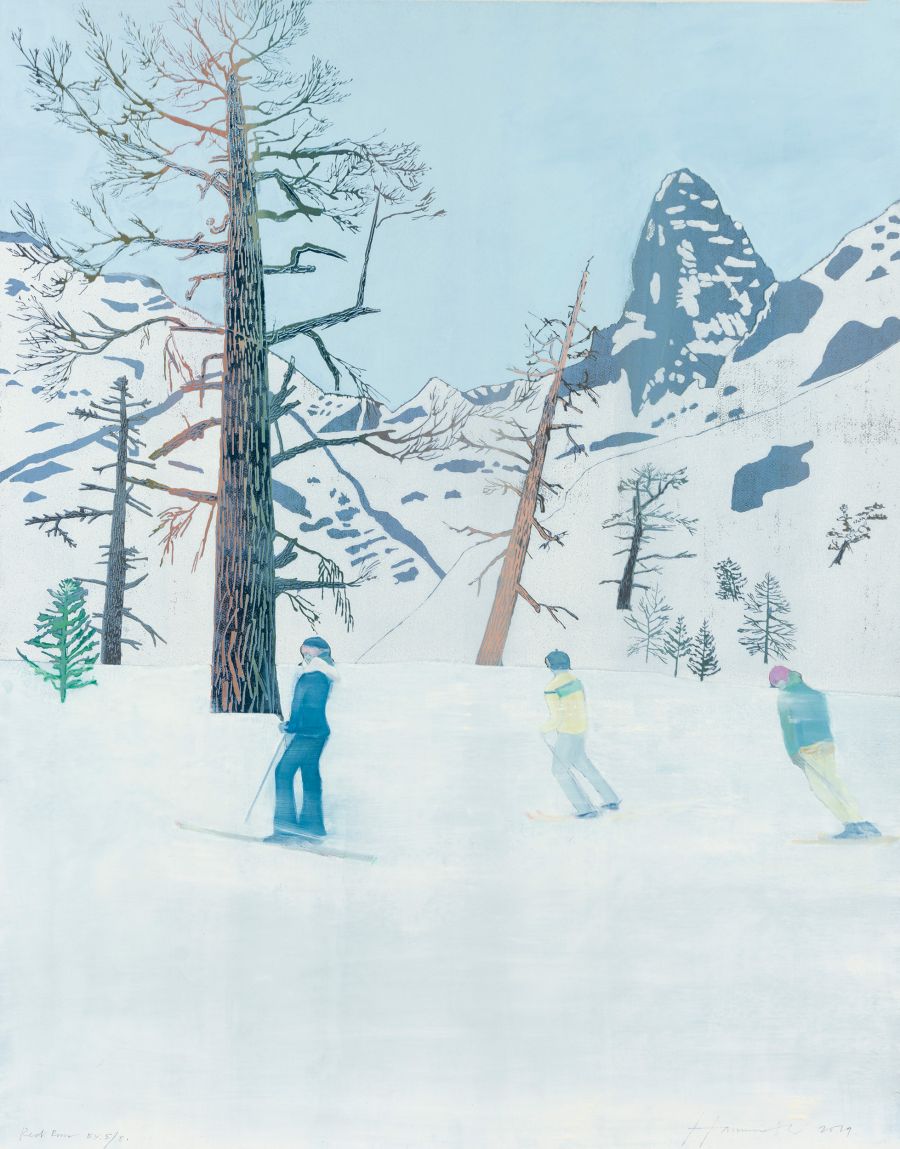 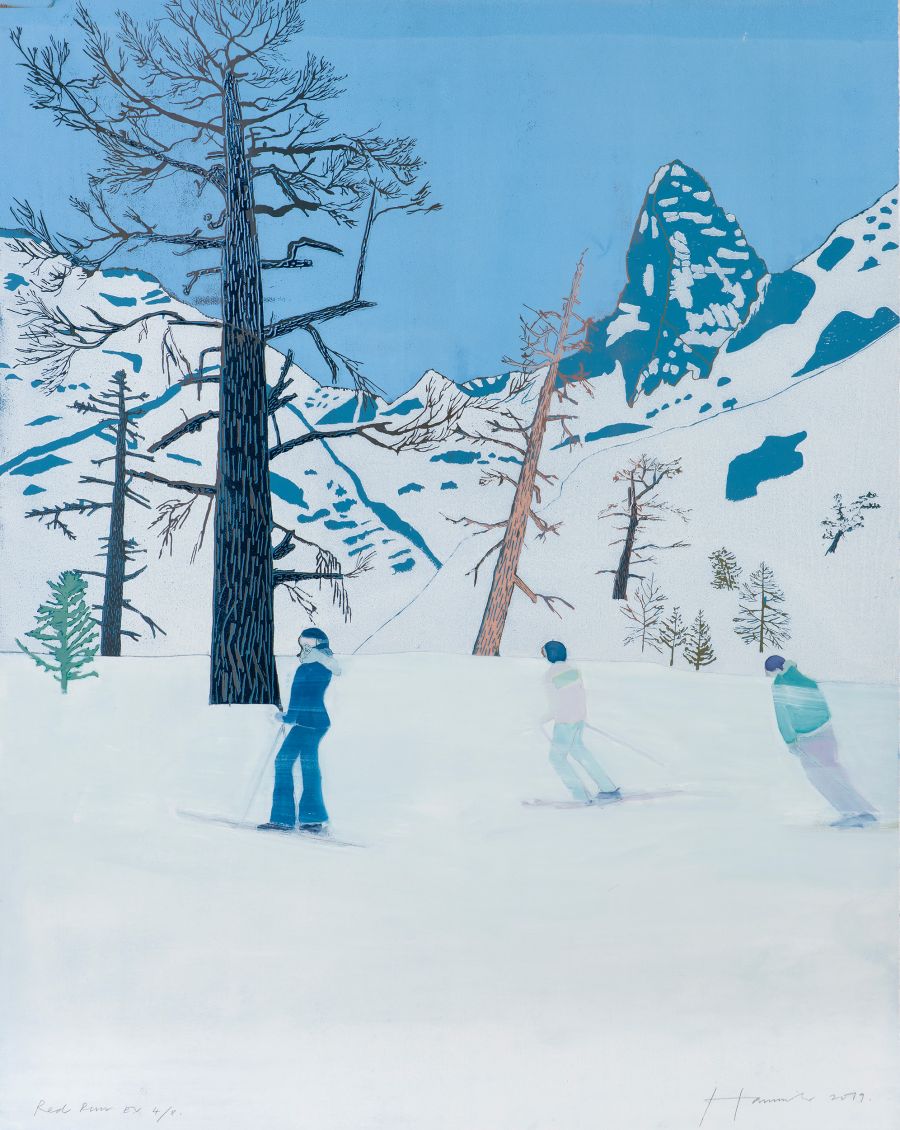 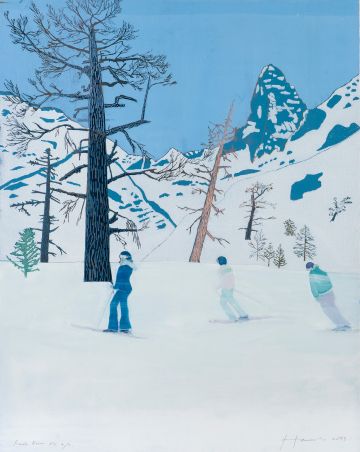 Red Run is a monumental woodcut in a tiny edition variable with three skiers on the slopes at Zermatt underneath the Matterhorn. Influenced by the pared down imagery of the genius Hergé who made the illustration for the Tintin books as well as Caspar David Friedrich’s Winter Landscape in the National Gallery of London, this image takes a snap shot of figures passing through as ghosts a more seemingly permanent landscape. This of course is an illusion because with the seasonal melting of snow and the climatic change of the great Matterhorn glacier everything is in flux and on the move.