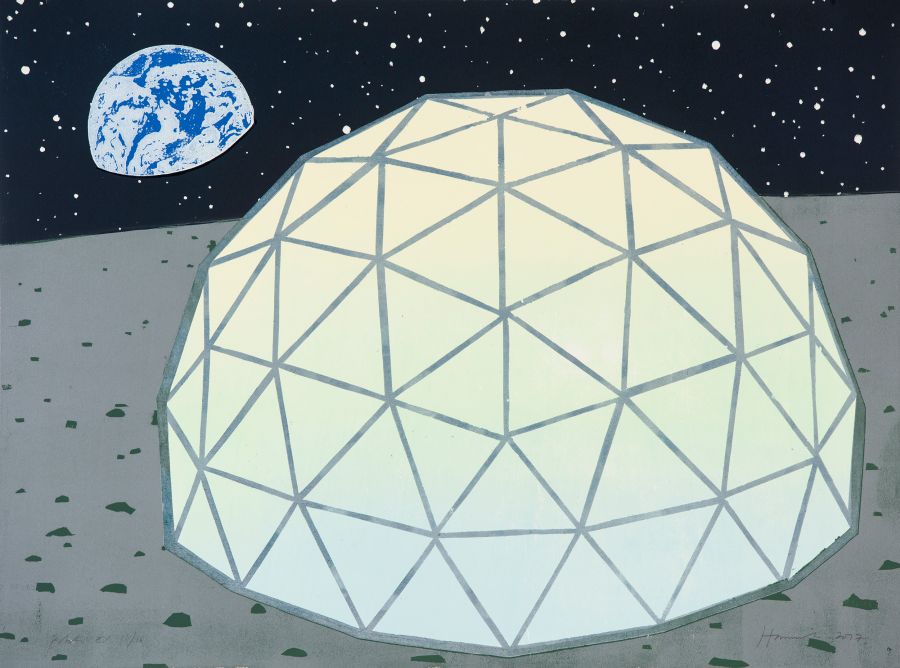 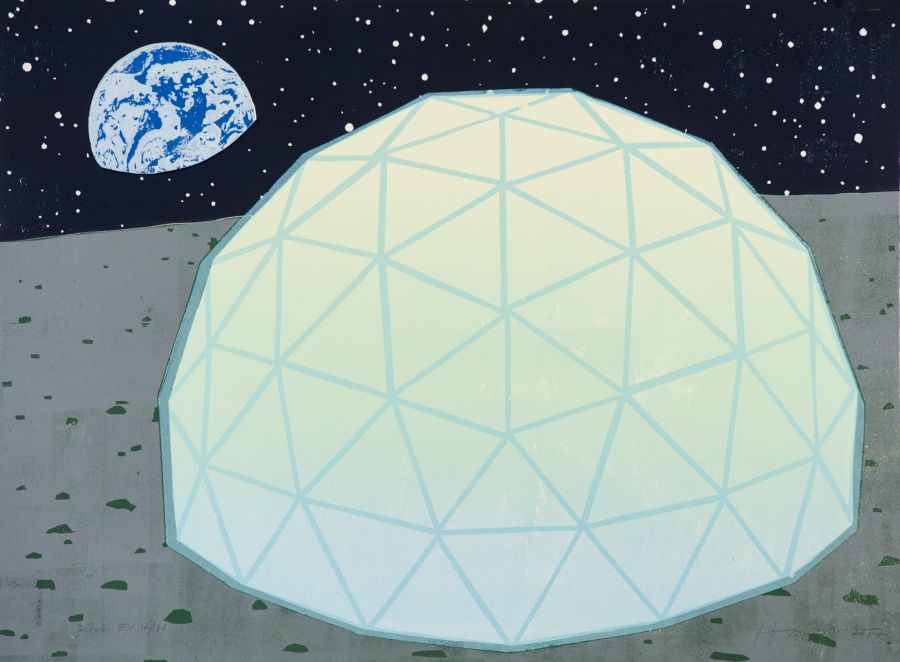 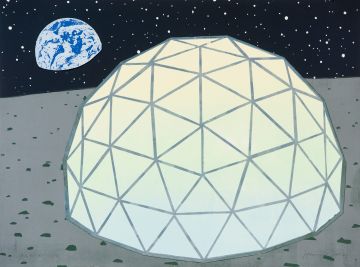 This woodcut and laser cut in two plates came together as the simplest way, at the time, I could show the traveller literally pitching his tent on the lunar surface. Lots of influences fed the print; several Sci Fi films and two photographs in particular: William Anders’ famous photograph of Earth while orbiting the Moon on Christmas Eve, 1968 during the Apollo8 mission along with Sagan’s Voyager 1 photograph twelve years later. They not only rammed home that we have nowhere else to go, but that our own shelter with her thinnest of atmospheres is not only miraculous but incredibly fragile and unique. From the outside, like a frosted glass lightbulb, I wanted this tent’s material to shield what might be going on inside - TH