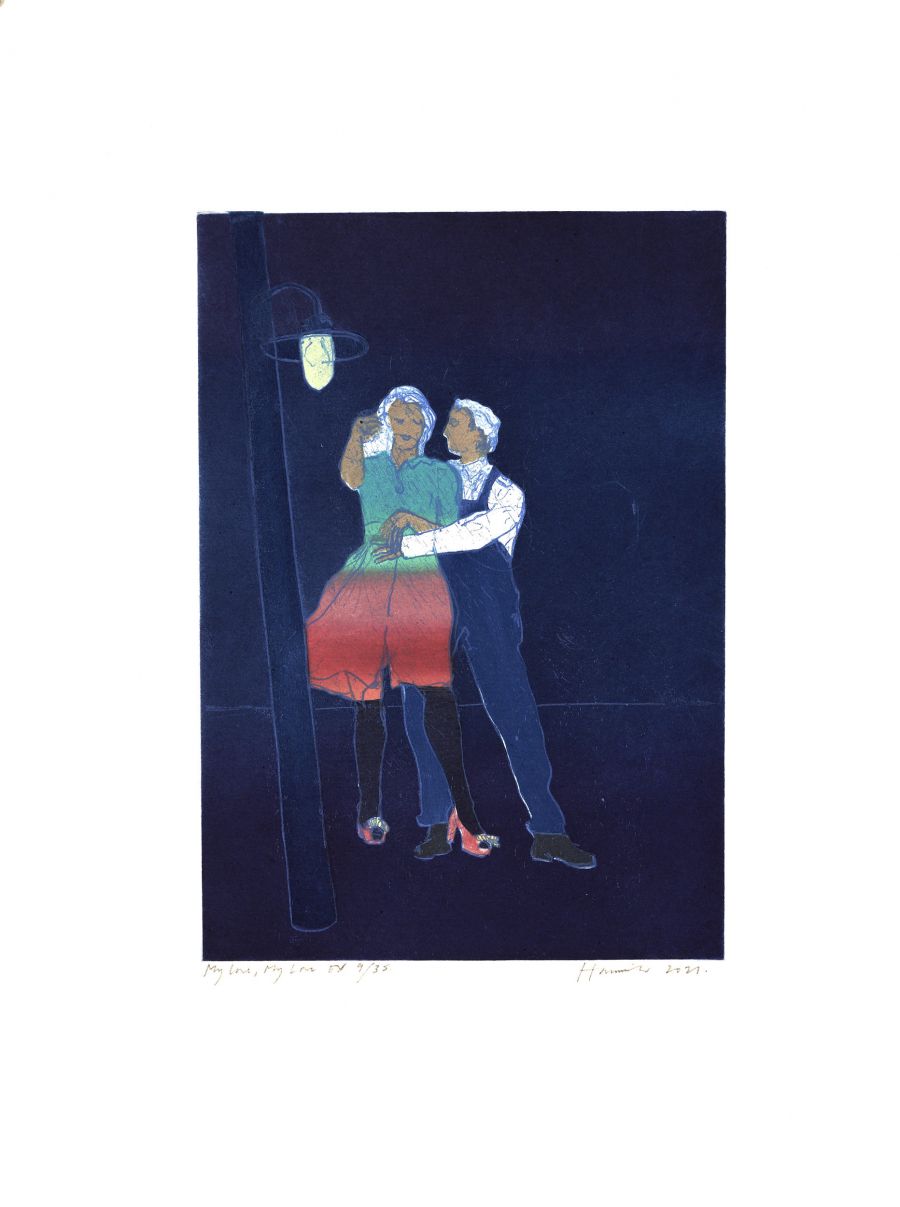 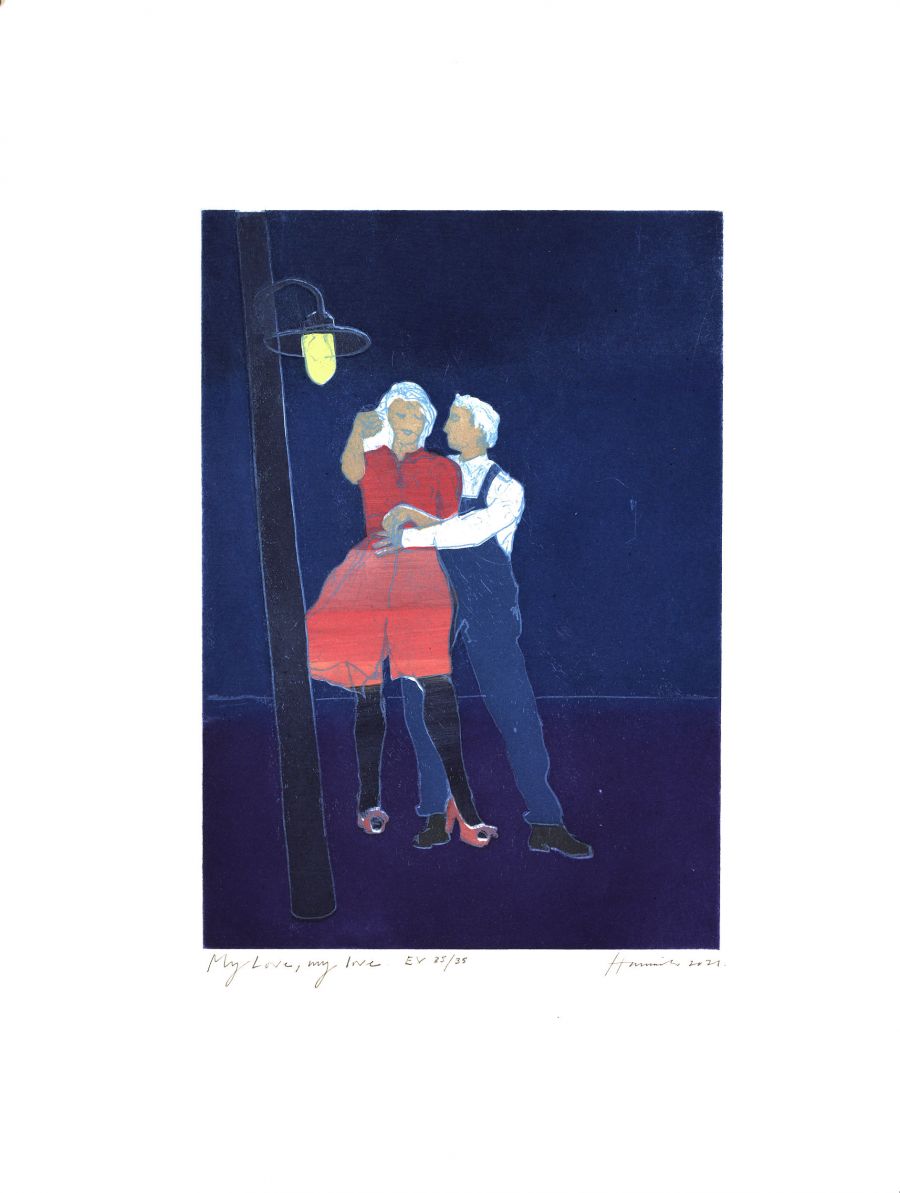 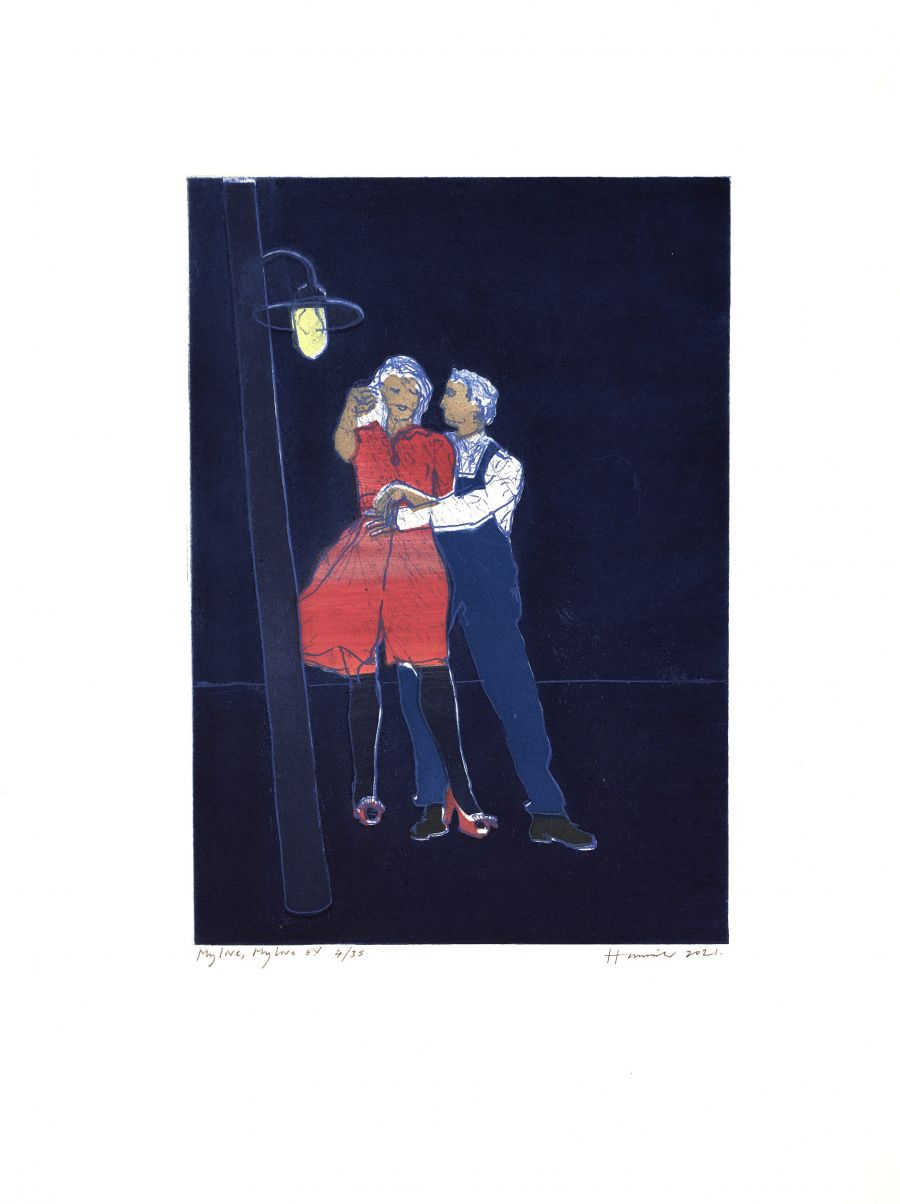 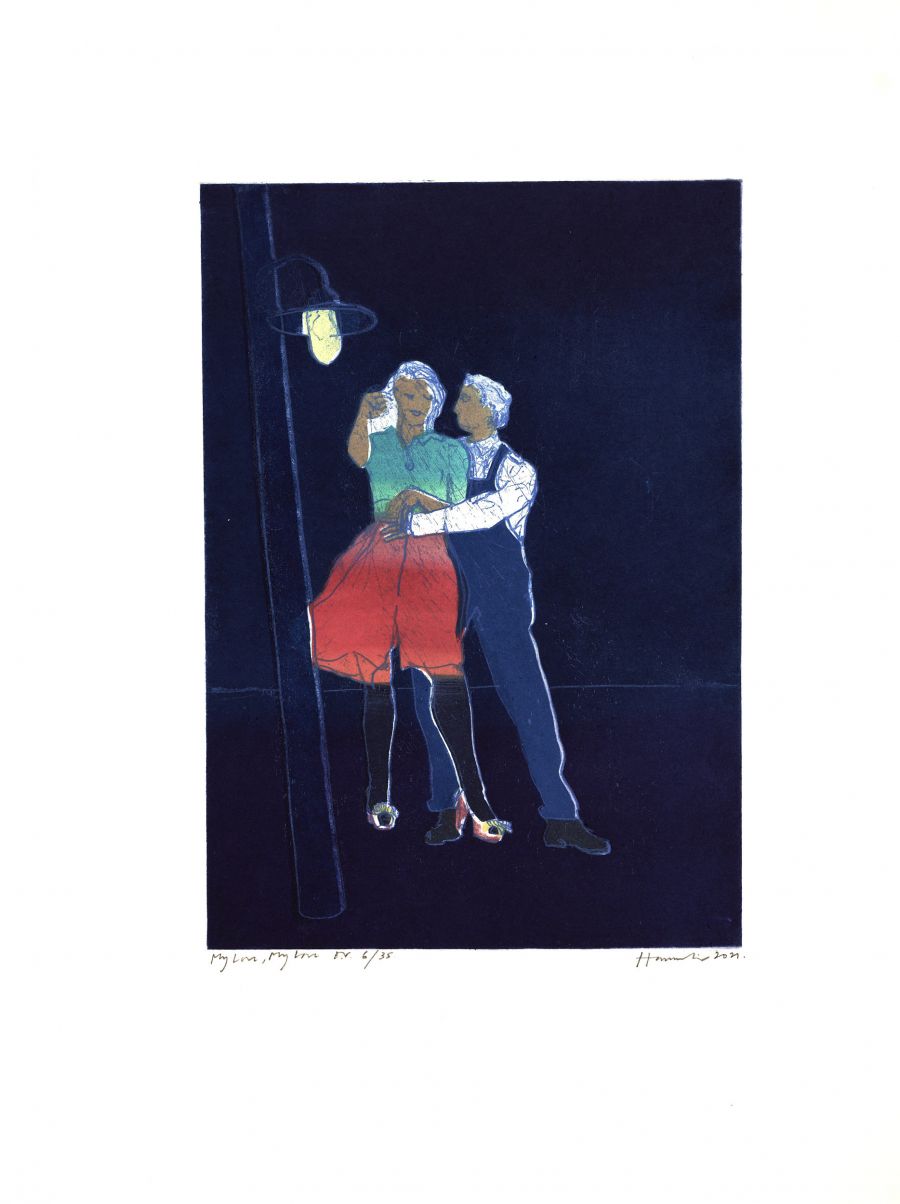 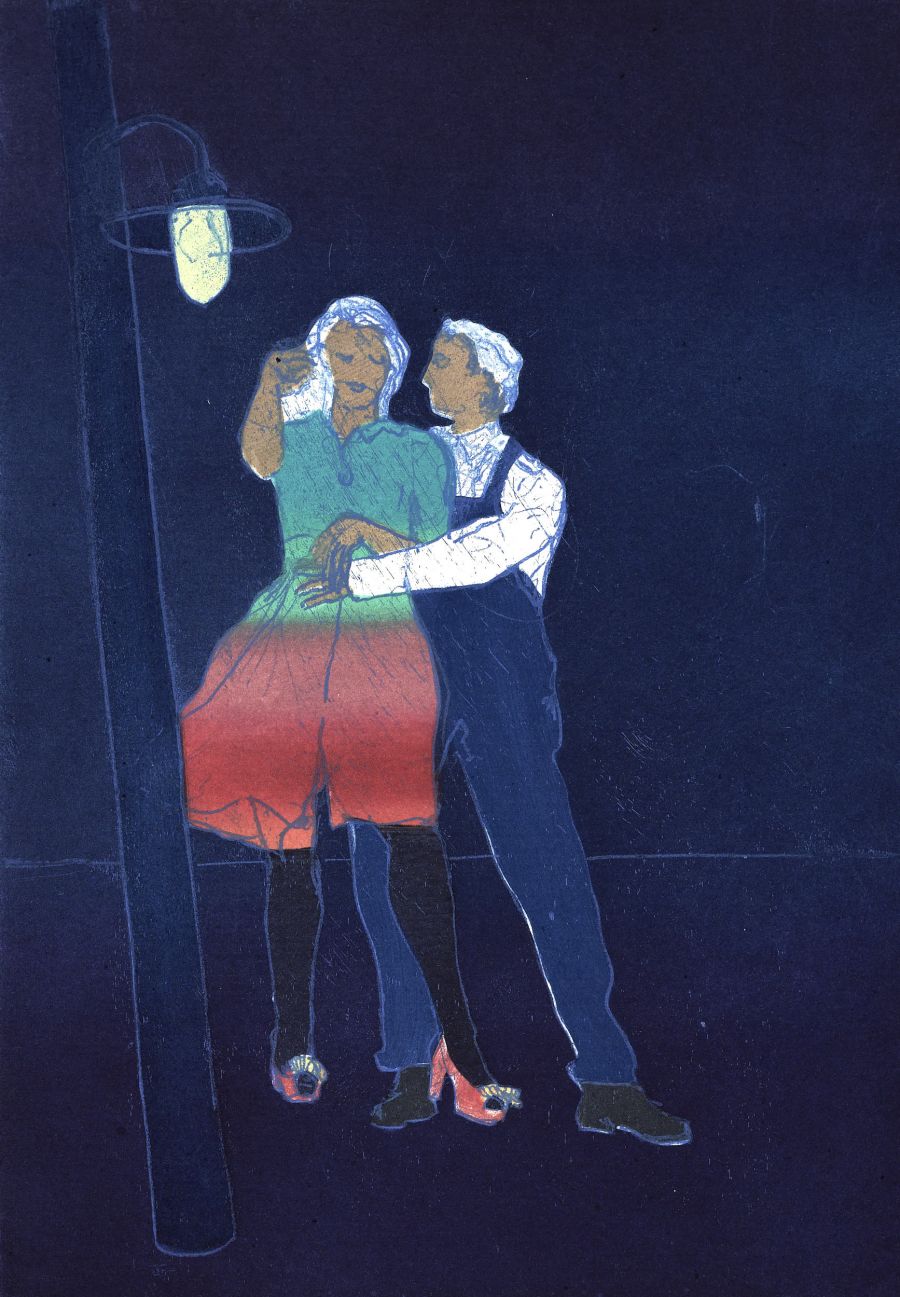 My Love, My Love Etching 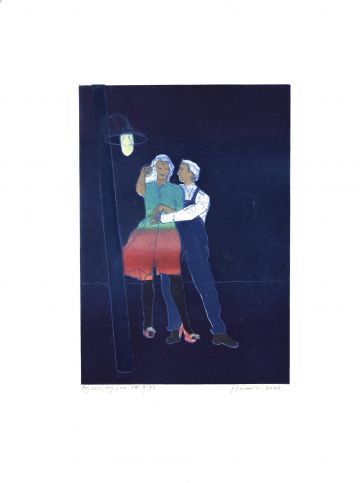 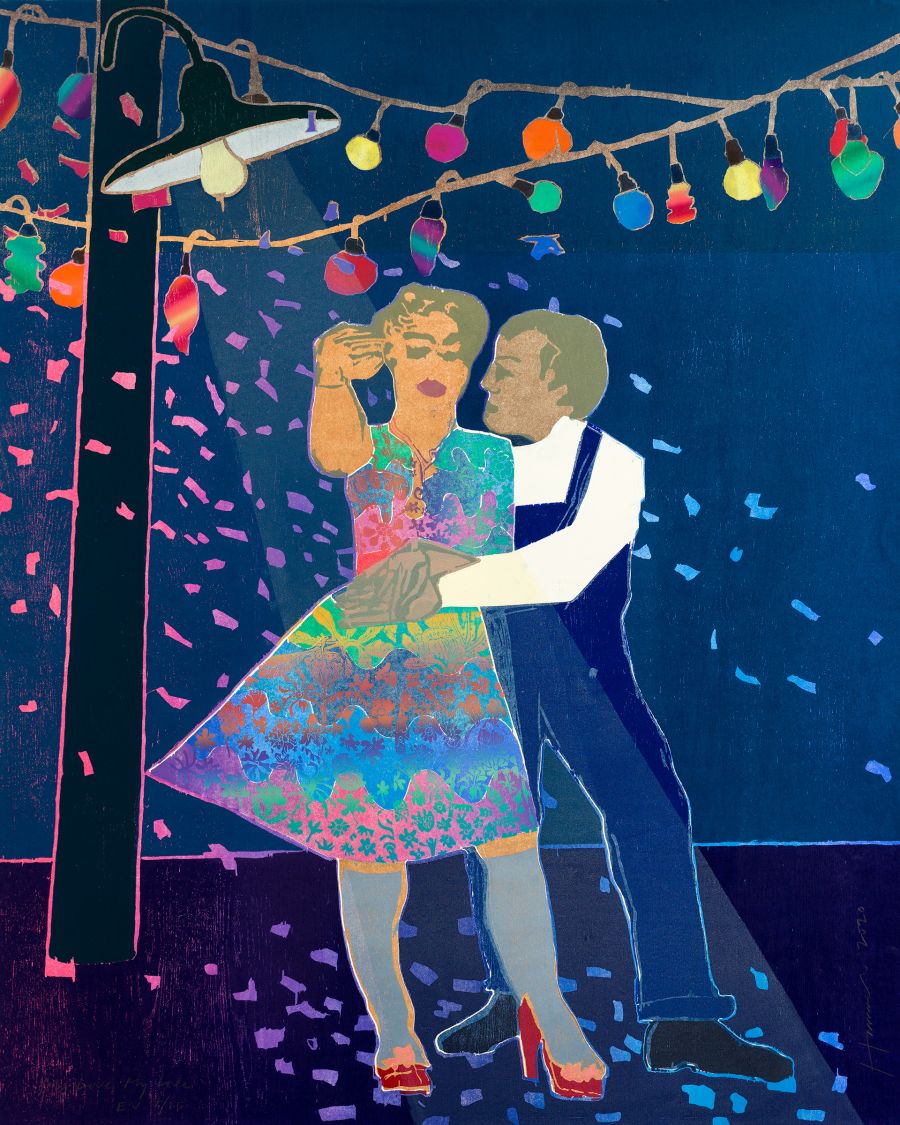 My Love, My Love woodcut

Donizetti's L'Elisir d'Amore, The Elixir of Love, eventually brings Adina and her adoring Nemorino together. It is an unusual partnership in that his simplicity and her sophistication, until he inherits the fortune, funnily enough seems incongruous. At the end of the opera they do seem genuinely very in love. In this image the couple are depicted quite directly to Glyndebourne's iconic production where Nemorino was cast as an electrician in his overalls while Adina wore much fancier clothes than the rest of the female inhabitants of the hilltop town. This etching is a much reduced and simpler image compared to the large scale woodcut of the same subject. The background has been reduced to a curtain of Prussian blue as the couple dance totally immersed in each others love under the light of a single street lamp. – TH