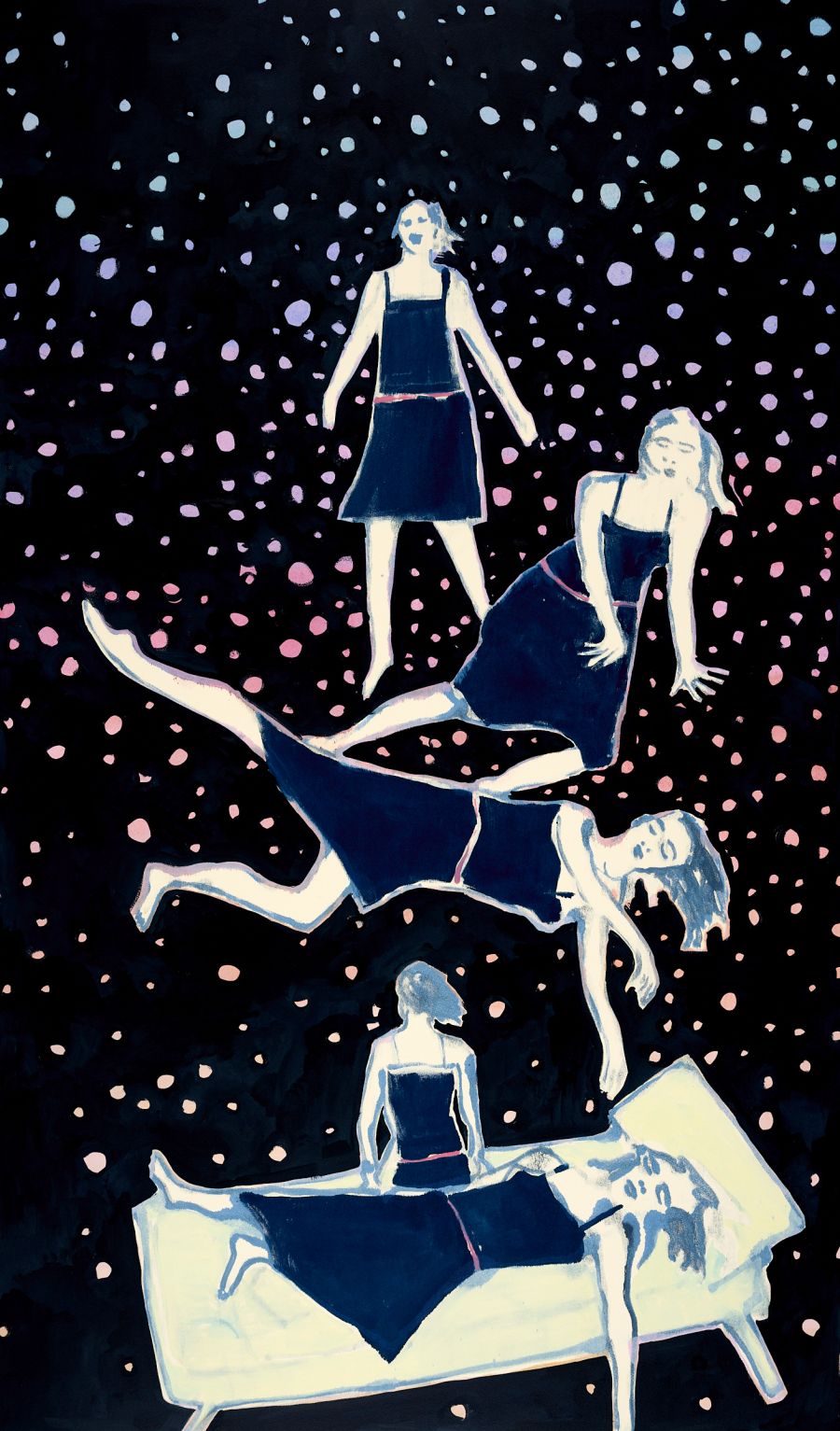 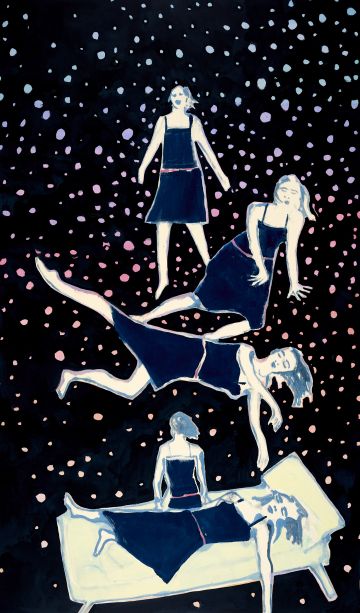 Whenever I watch and listen to La Bohème rather "munchian" images of sick children in death beds, men in top hats, women in black dresses, drinkers and suicide victims come to mind. I wanted to get away from this rather dark Ibsen-like tablo and found myself stuck as I was trying to make an image in response to Glyndebourne's magical production of the opera. The artist Charlotte Salomon eventually helped me out in the way that she so effortlessly repeats the same figure within gouache paintings. (If you don't know her work do look her up as she is sublime, ahead of her time and managed to interweave a hidden personal life to the backdrop of the horrors of Nazi Germany). So while this monotype isn't a complete transposition it is heavily influenced by her. Here Mimi's spirit is leaving her body beyond the end of the opera white her friends console each other in their garret. She is floating up into the stars and becomes vertical once again. – TH 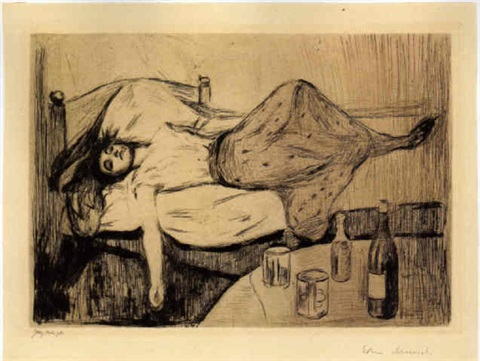 Edvard Munch's The Day After drypoint