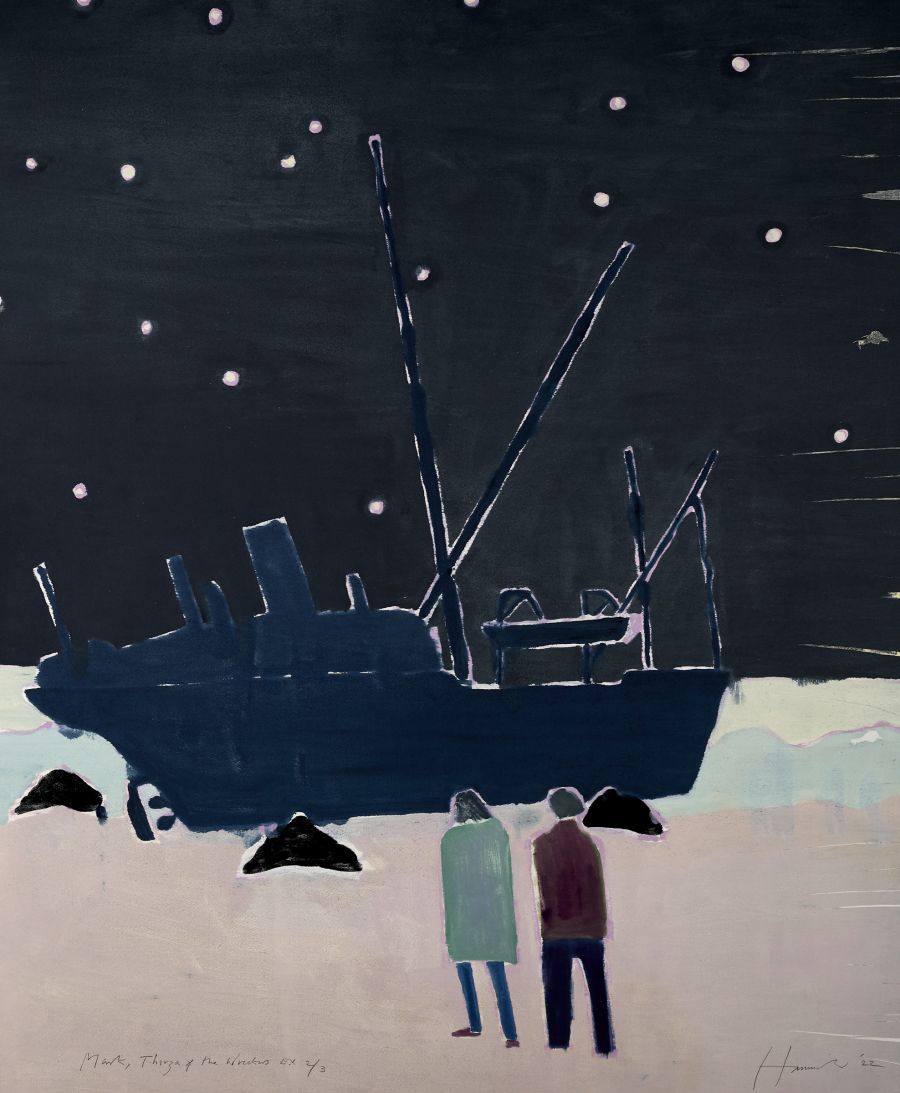 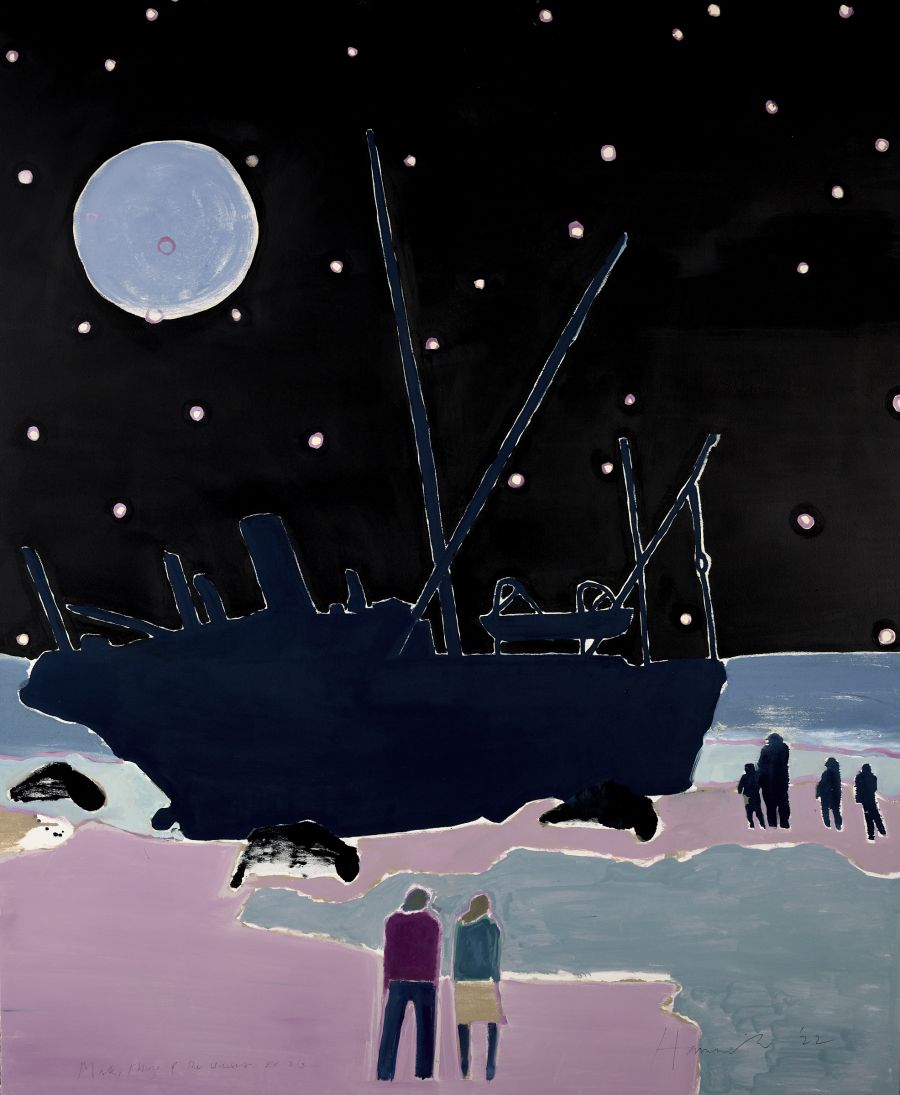 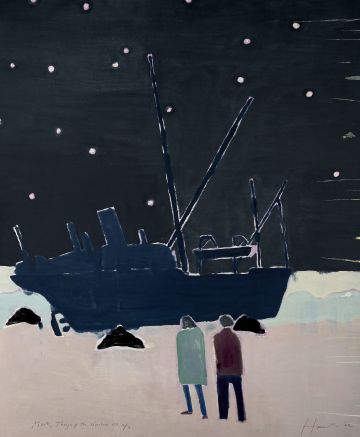 Ships and boats like submarines, especially when they were covered in barnacles, always seemed to me to be particularly frightening as a child. All those porpoise like shapes and sheets of welded metal, that would normally be hidden from view, in contact with sea water. So the opportunity to paint an image of a beached-shipwrecked coaster was rather cathartic! Also since childhood I have had a passion for Edward Ardizzone's books on Tim, Ginger and Charlotte's adventures on the high seas in little coasters. The opera in question is a rarely performed piece called The Wreckers by Dame Ethel Smyth. The action takes place in Cornwall in an isolated outport community that lured shipping to the rocks in order to sustain their precarious livelihood; worse than that the shipmates were murdered and their possessions redistributed amongst them. Here our hero and heroine, Mark and Thirza, are doomed to be drowned in a cave on a rising tide as they have decided to go against the goings on of their fellow villagers. – TH

Page from Edward Ardizonne's Little Tim books which gave me a wanderlust in my childhood.