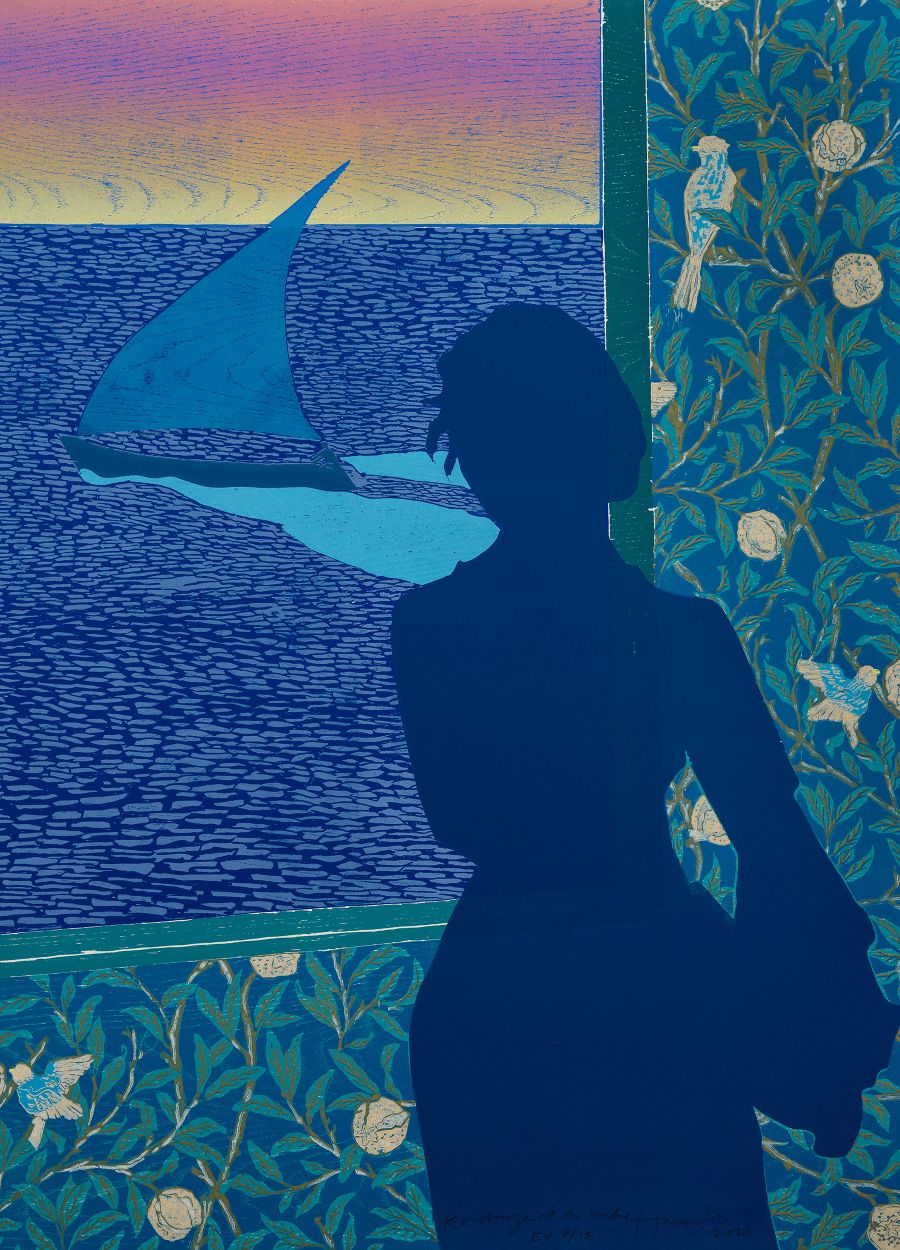 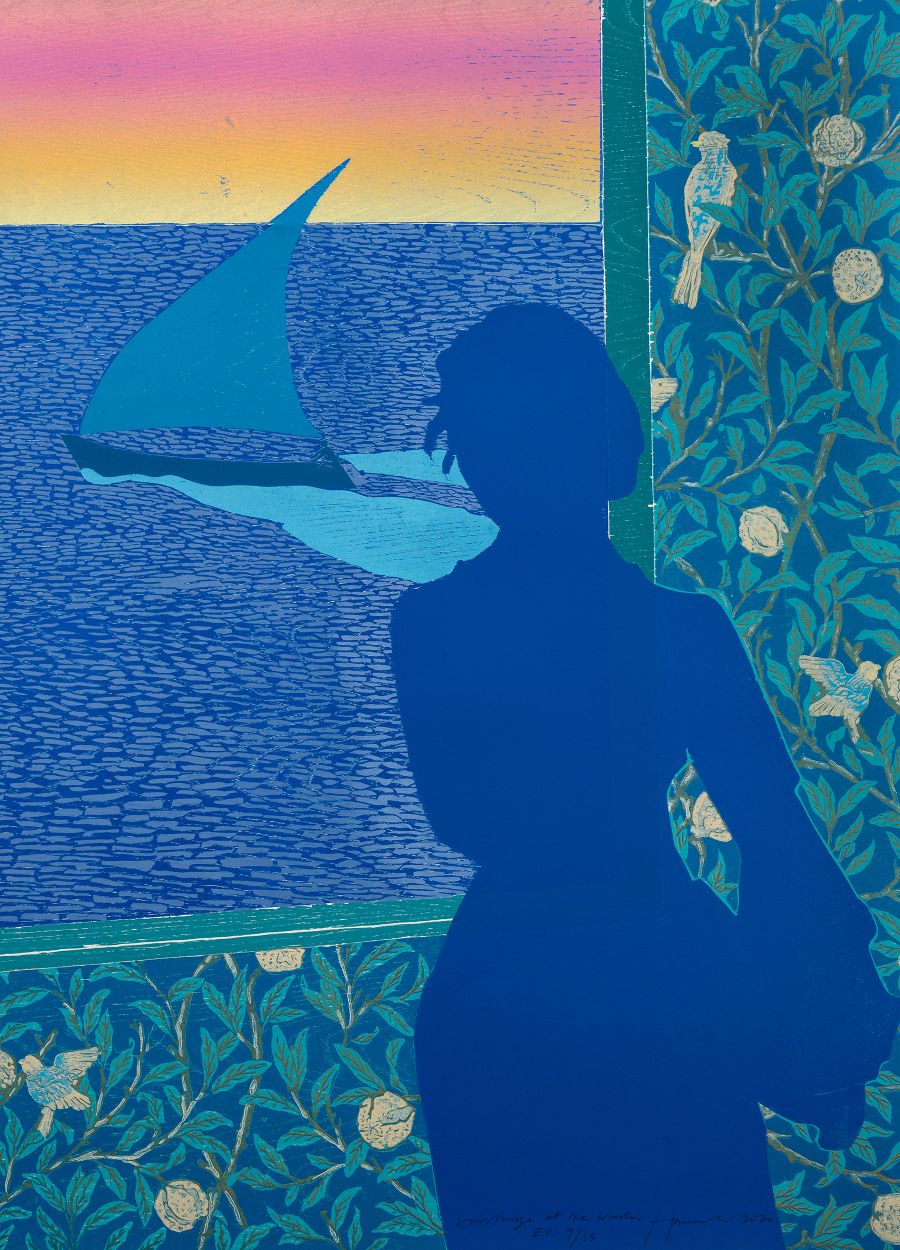 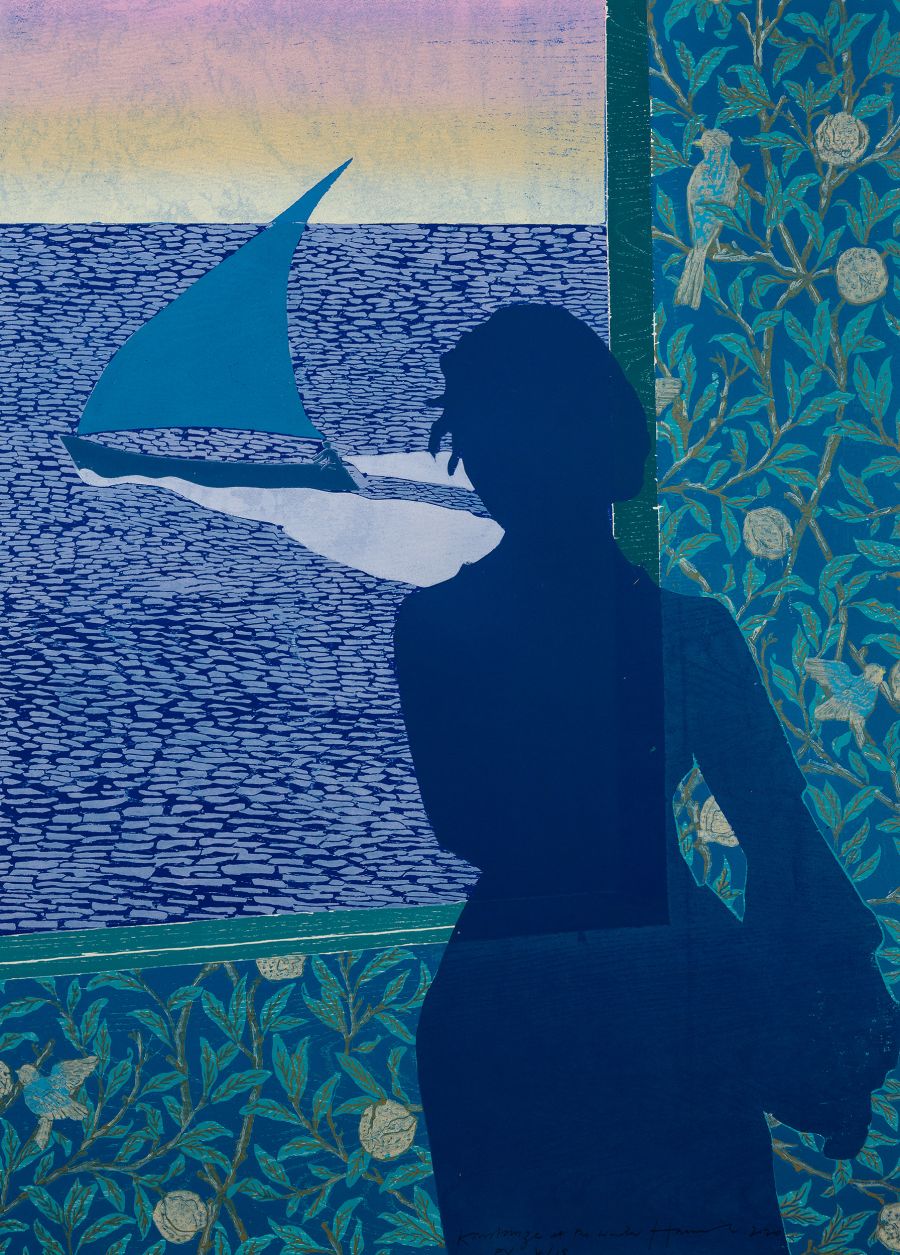 Konstanze at the Window 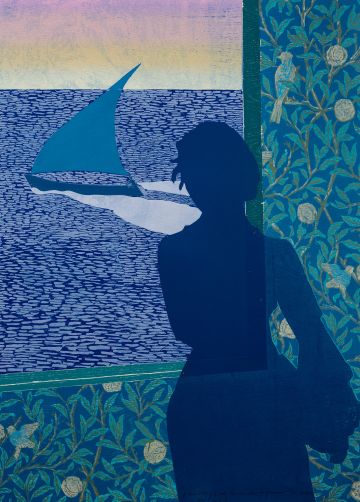 As with all the work made in response to Tom’s two years, as Associate Artist at Glyndebourne, a donation is made to Glyndebourne’s Young Artist programme from the sale of this woodcut.

Konstanze, our long suffering heroine in Mozart's Die Entfürhuring Aus dem Serail has been captured after being lost at sea. She finds herself in Pasha Selim's harem, and is now the focus of his sexual advances. Things are getting quite desperate for her and she is not sure how much longer she can hold out. She is on the lookout for her Spanish love, Belmonte, to rescue her from her incarceration in her guided cage. Gazing out to sea she sees his commandeered dhow coming to the rescue. A post modern take on the subplot here could suggest that Konstanze would be safer and strangely respected more in the harem than she would be returning to Spain as Belmonte's chattel but love knows no bounds. The figure of Konstanze is "borrowed" from the depiction of a woman in one of Hammershoi's ravishing interior paintings. Meanwhile we hand carved the wall paper from drawings we made deconstructing William Morris's iconic pomegranate wall coverings. Pomegranates in Greek and Turkish mythology are symbols of both chastity and fecundity and so seem particularly appropriate as an indication of Konstanze's personality and what would be expected of her as a woman becoming a mother. - TH