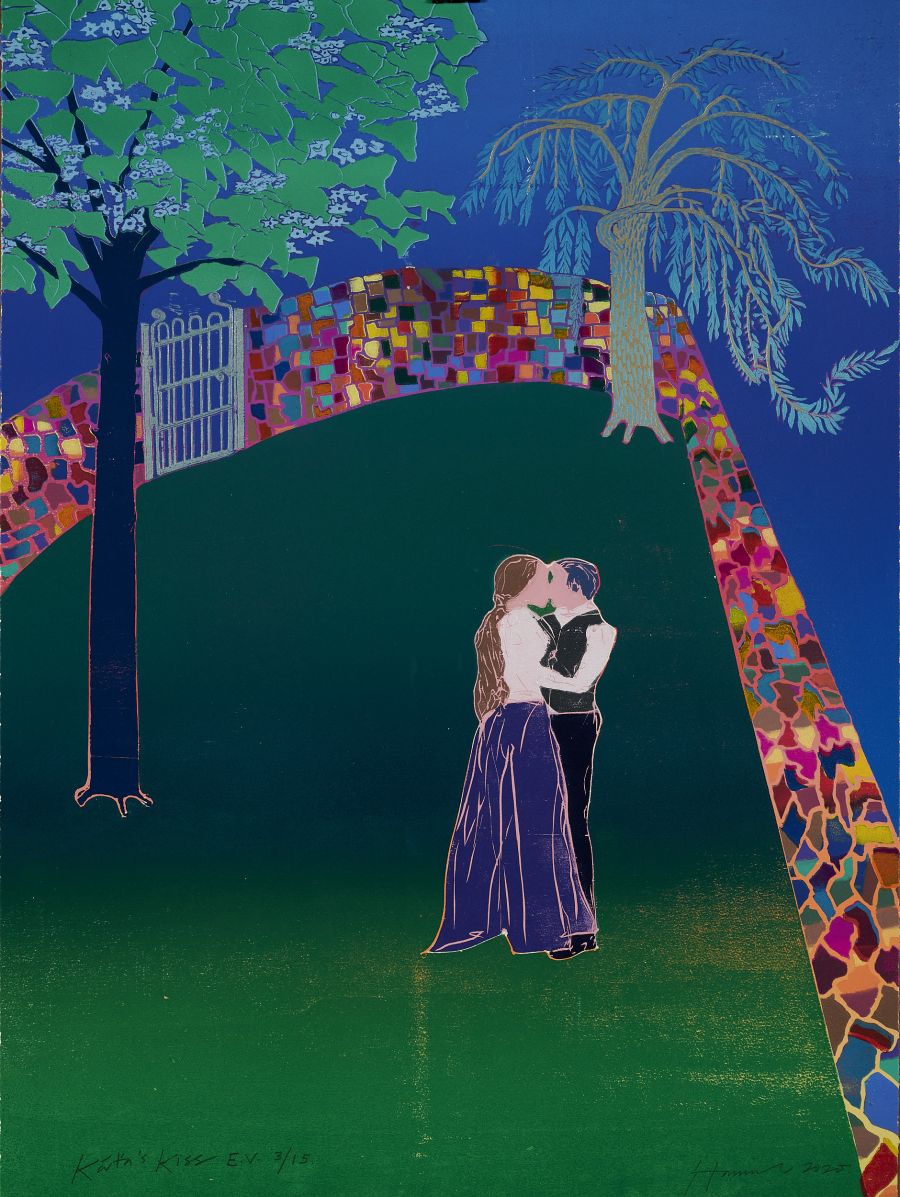 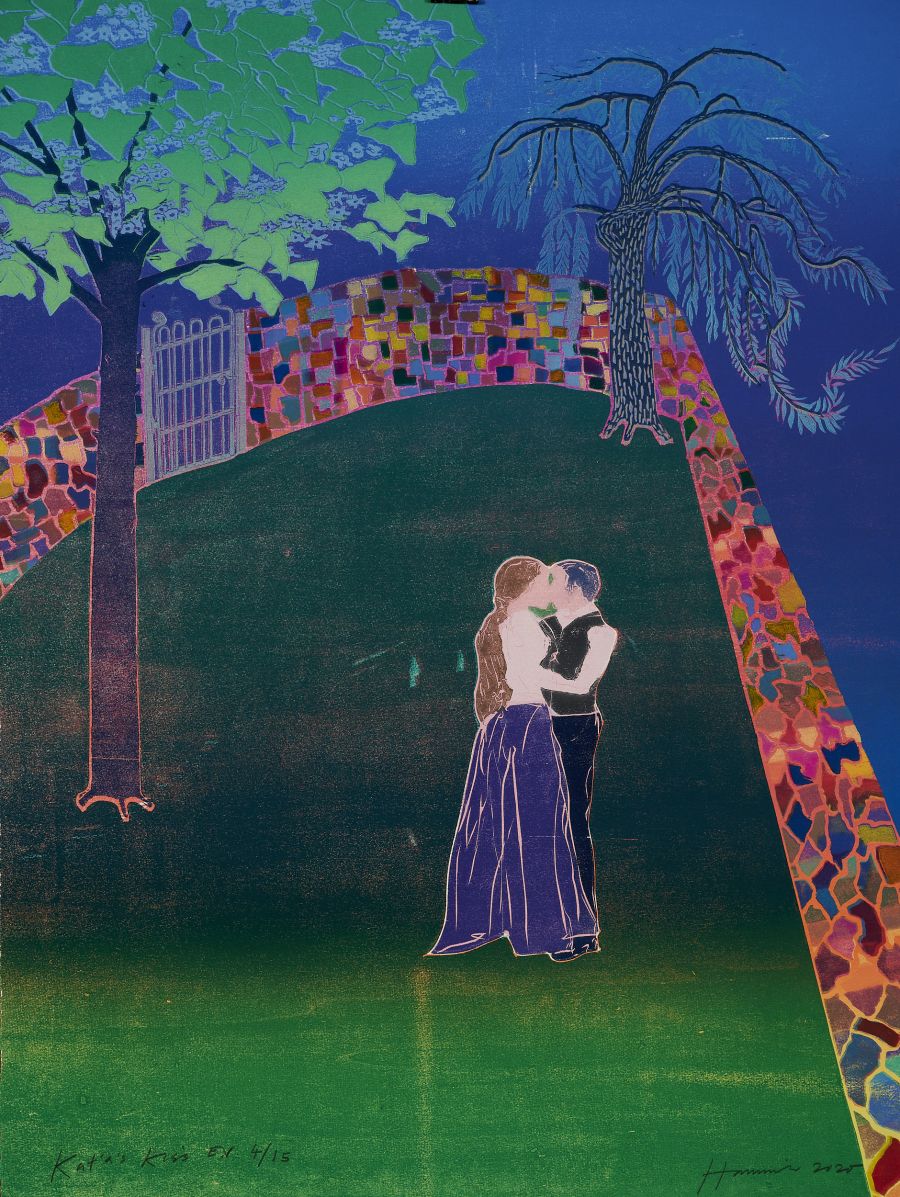 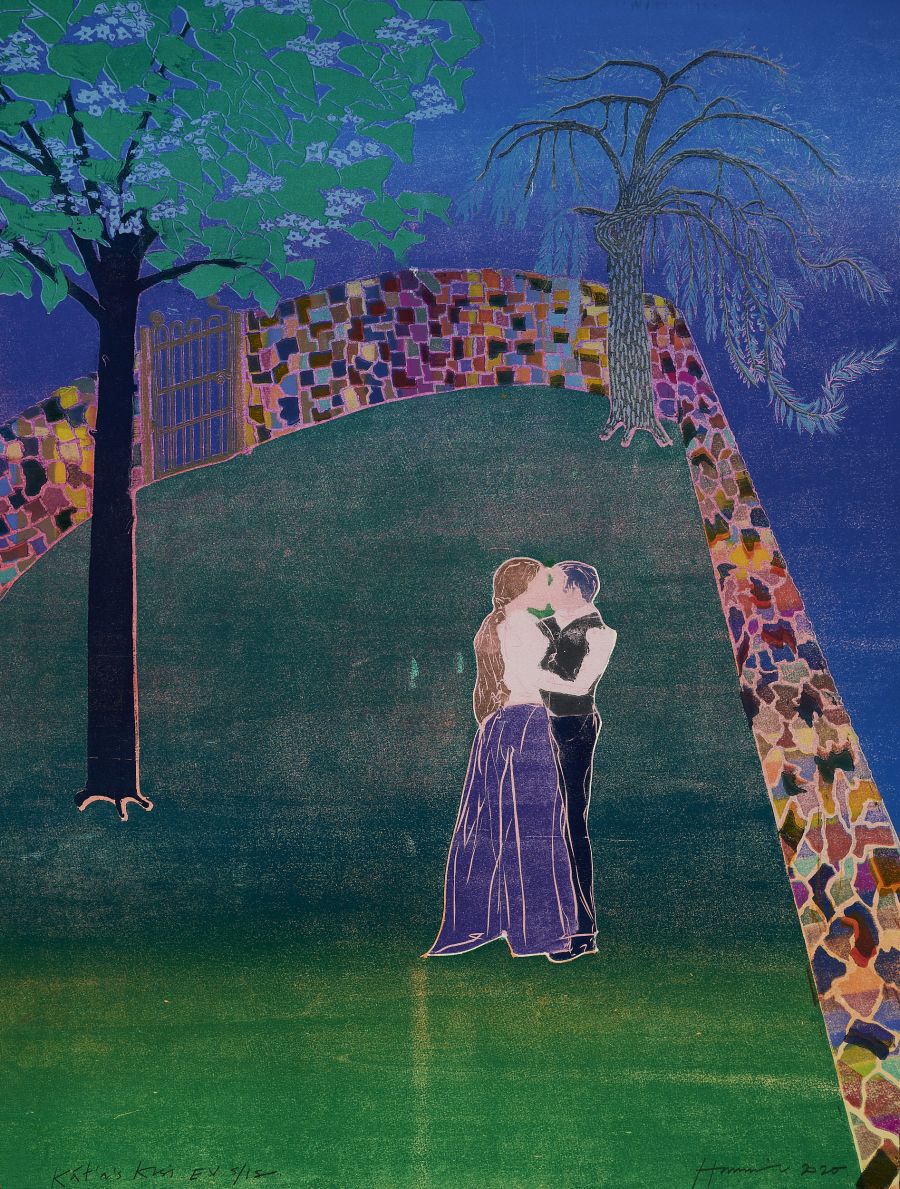 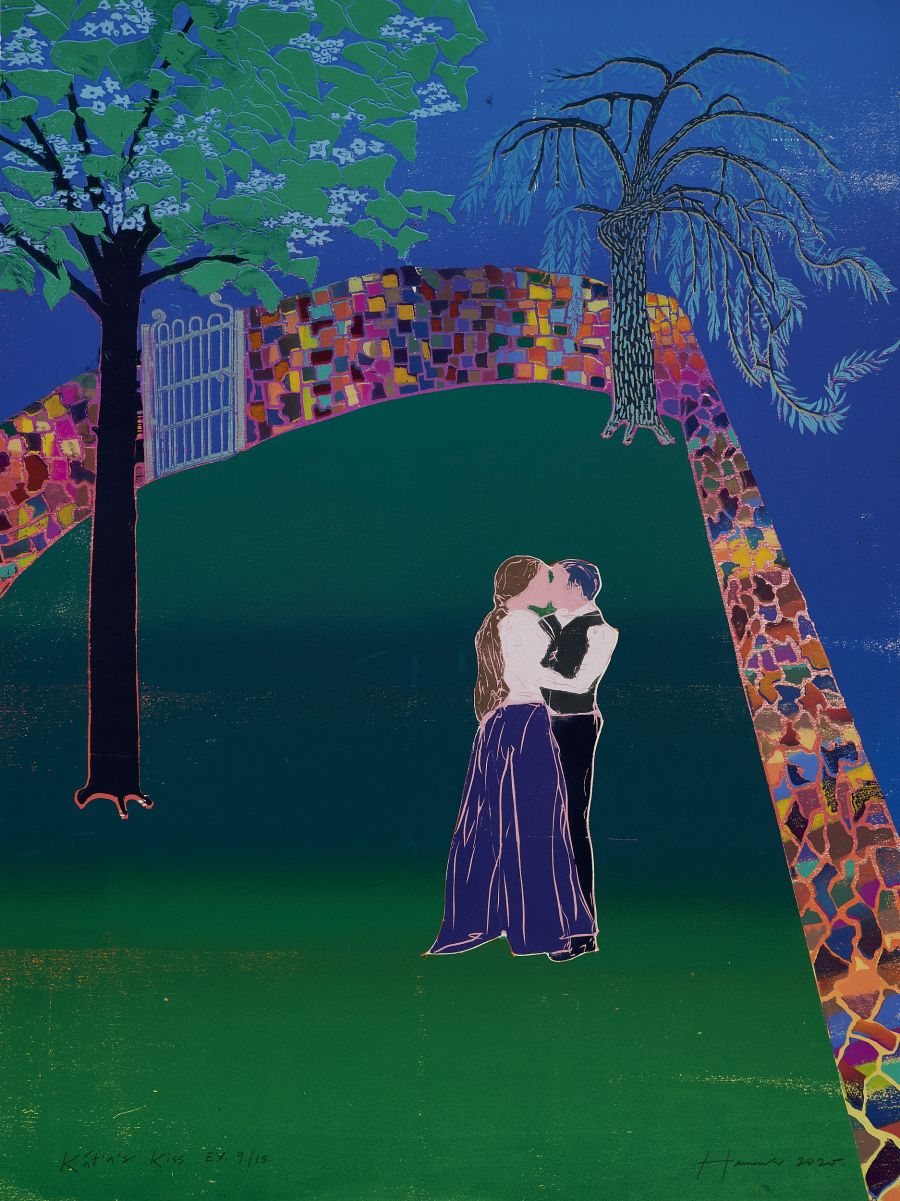 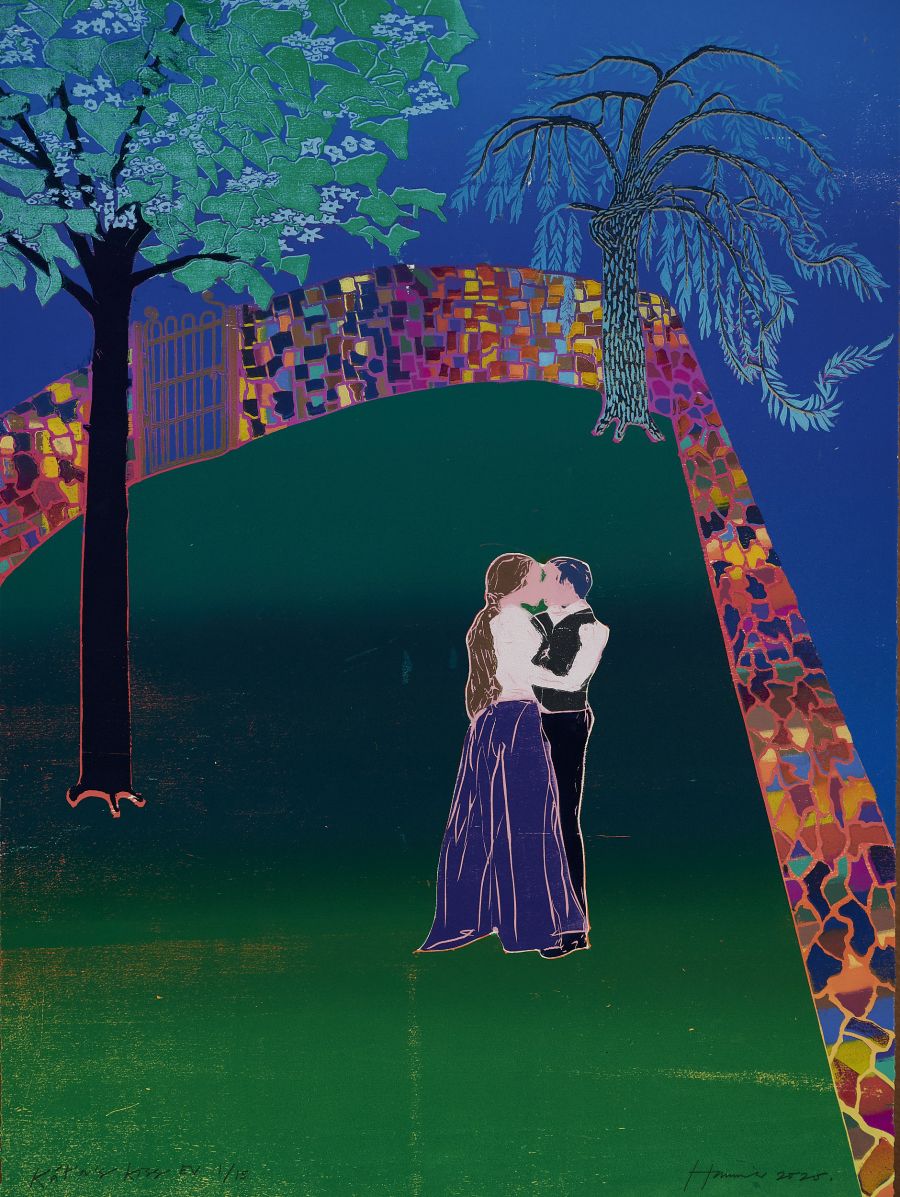 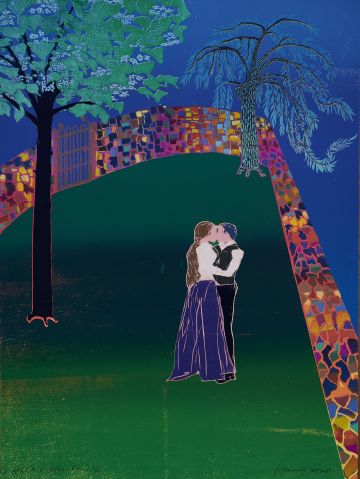 This woodcut has been made in response to Janaček's Kát'a Kabanová which Glyndebourne Festival Opera are putting on as a new production in their 2021 Festival. Káta's bland husband, Tithon has left on a business trip and she finds herself finally united with Boris Grigorjevč, a young man who has held a flame in her heart since before her marriage. In this woodcut, like both Brancusi's and Munch's versions of their works with the same title, here the lovers to be are joined in body and spirit, their faces and clothing merged into one; they stand at the end of a secret walled garden surrounded as a premonition by the River Volga. The kaleidoscopic coloured wall is a synesthetic device to conjure up the passion in their hearts — TH