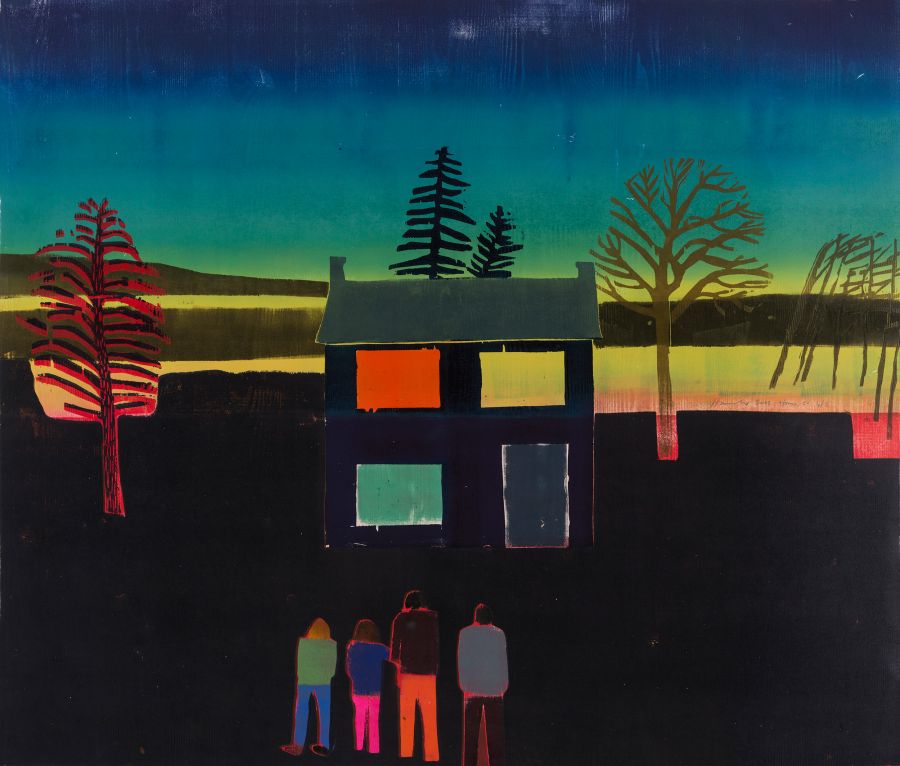 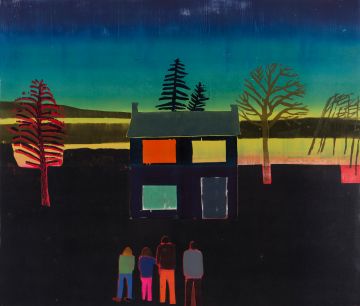 House 2011 woodcut was made at the same time as the painting, reproduced here.

Both the woodcut and the painting depict a family looking up at a half-built building. This image started off as a response to seeing a photograph of a newbuild estate in Ireland, abandoned because of the collapse of the Irish economy, partly as a result of the knock-on effect of sub prime mortgages and the resultant toxic debt they caused.

The house could be a facade, a skin thick, like a set from a western. Behind the building you can see a river in flood. TH