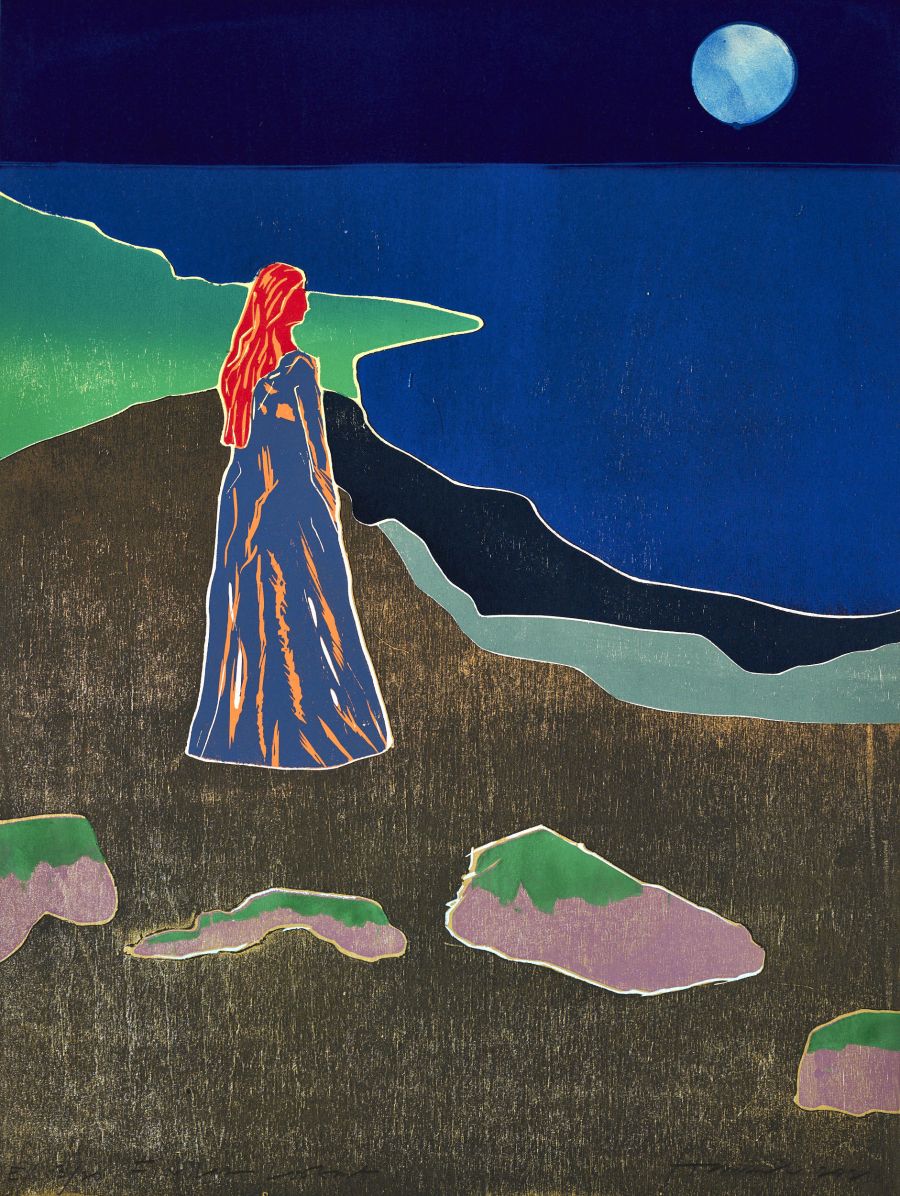 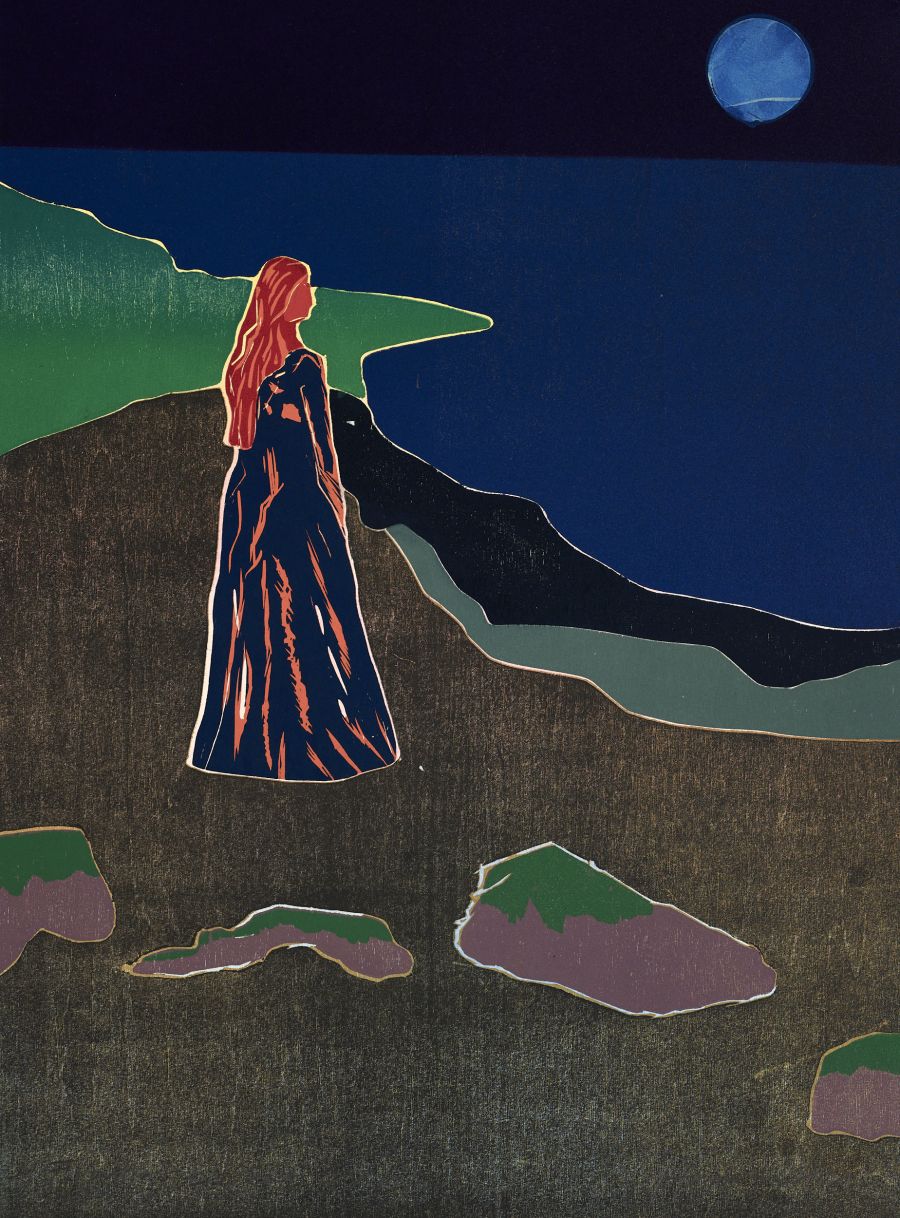 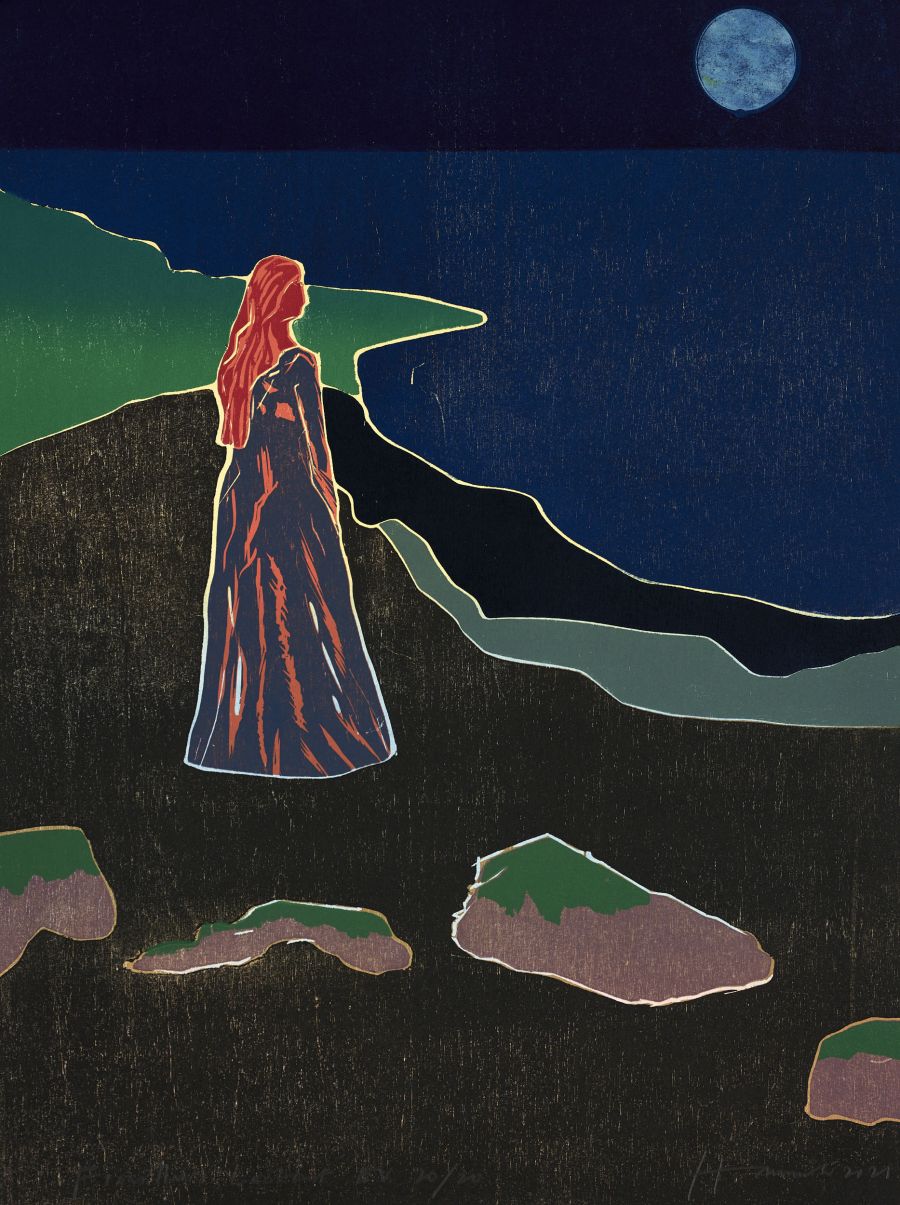 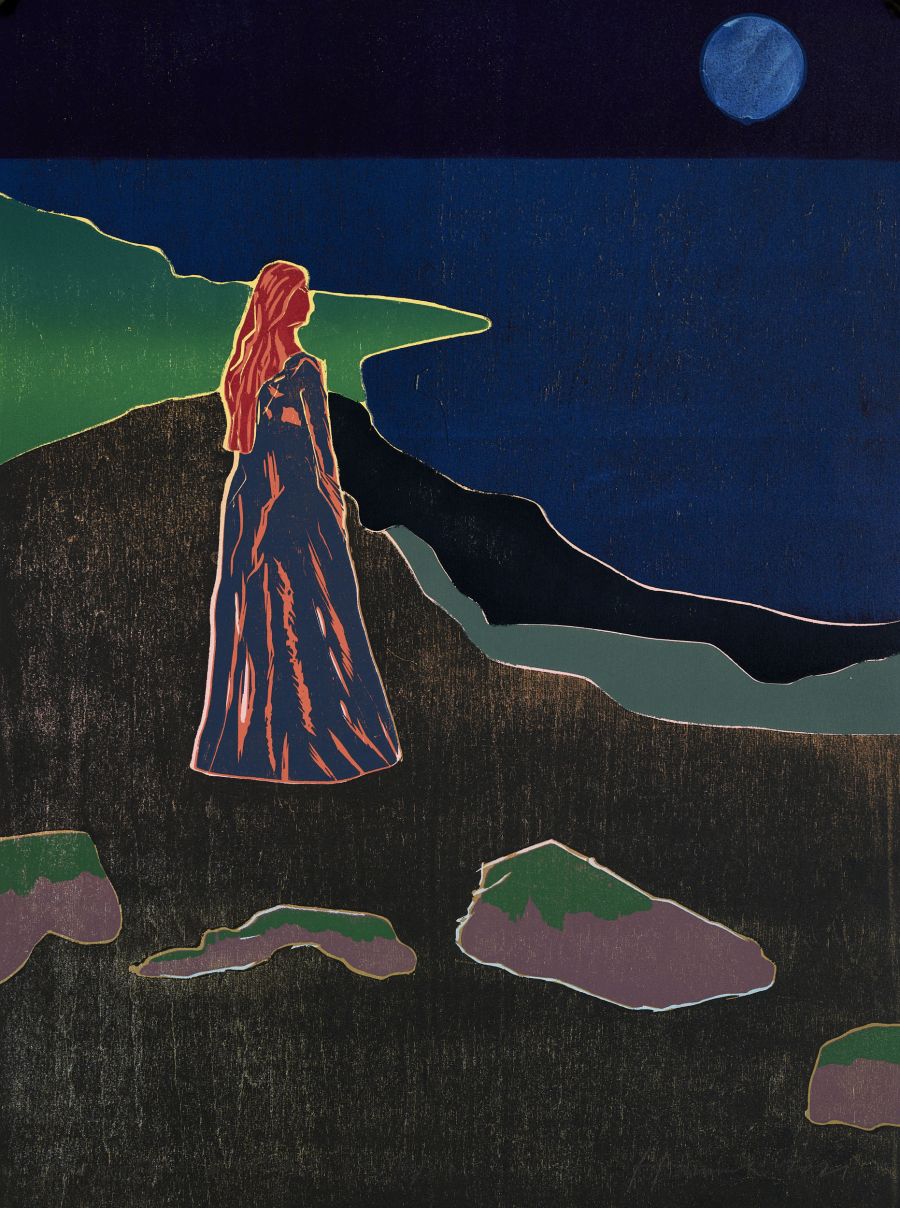 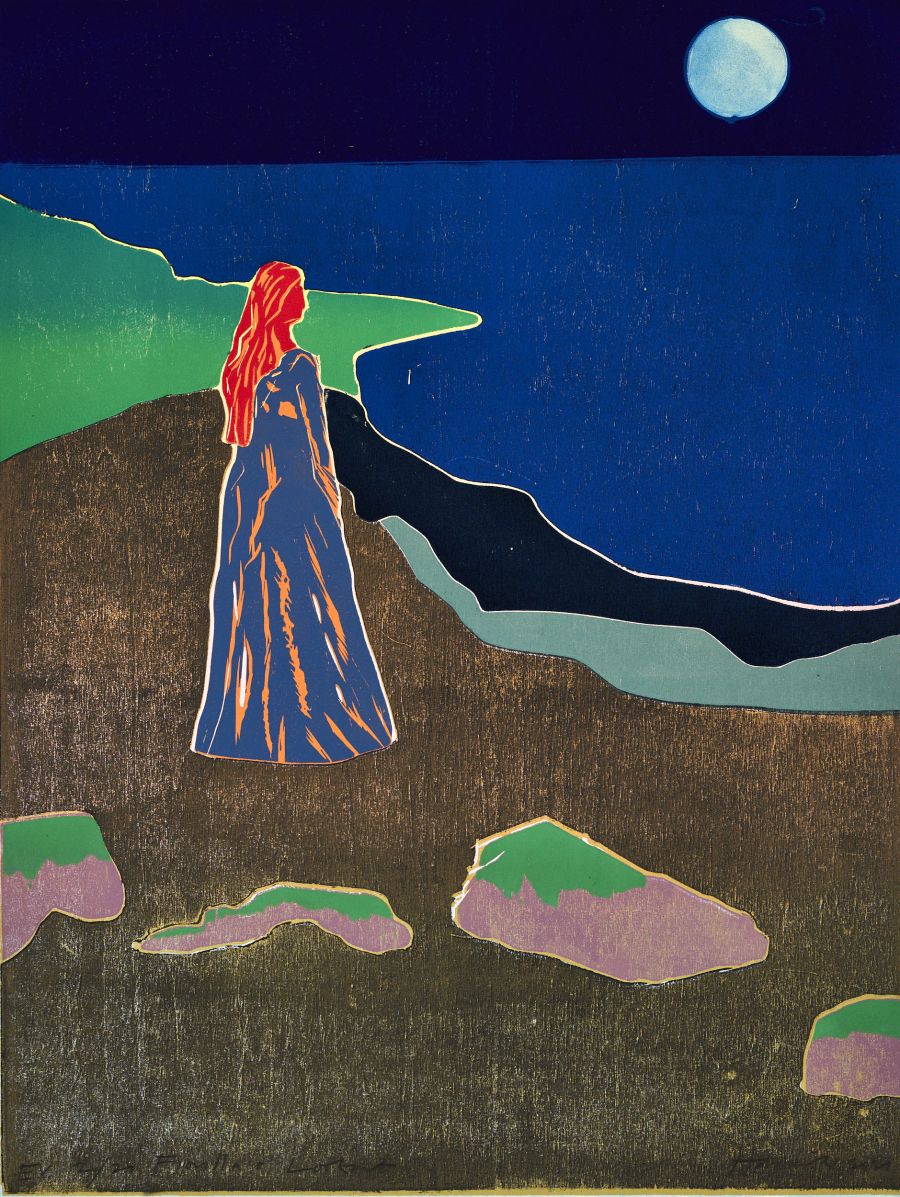 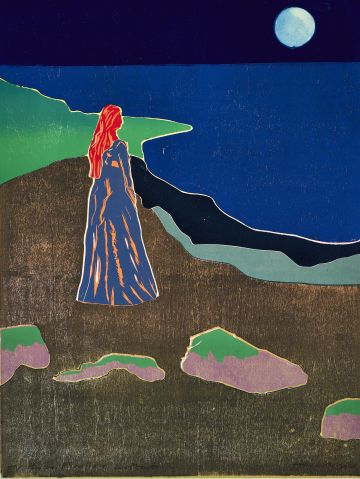 I made this woodcut to try to convey a sort of personal grief and silence connected to the loneliness of the two female protagonists Fiorilla and Zaida in Il Turco in Italia. The composition was inspired by Munch's incredibly simple jigsaw woodcut from a rough sawn plank called Women at the Sea Shore, 1898. As a counterpoint to Mozart’s Cosi fan tutte, the plots and counter plots of trysts, discovered rendezvous, lusts, subterfuge and jealousies throughout the opera seem even more complex in Rossini’s opera buffa. It is quite exhausting what Don Geronio, Selim and the two young women get up to. In the end peace is restored and Selim sails off with Zaida back to Turkey and Fiorilla is reunited with her Italian husband. But underneath it all, there is a deep sense of misogyny and patriarchy that highlights both how usual it was that women were chattels to be bought and sold and how precarious their plight was if through a whim of their men, they were left abandoned and unprotected - TH 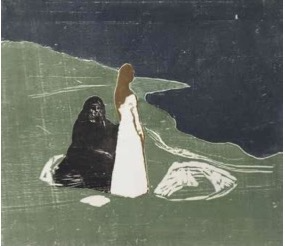