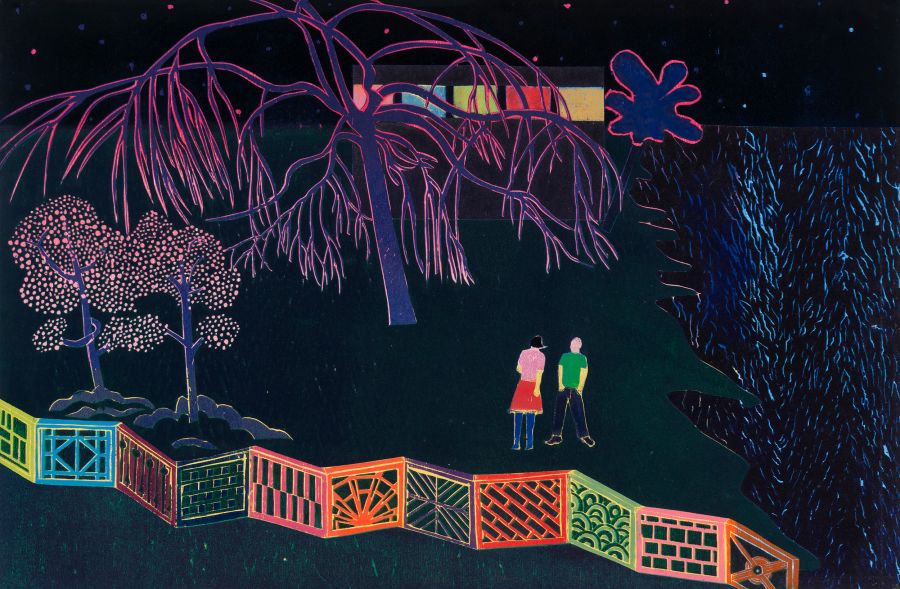 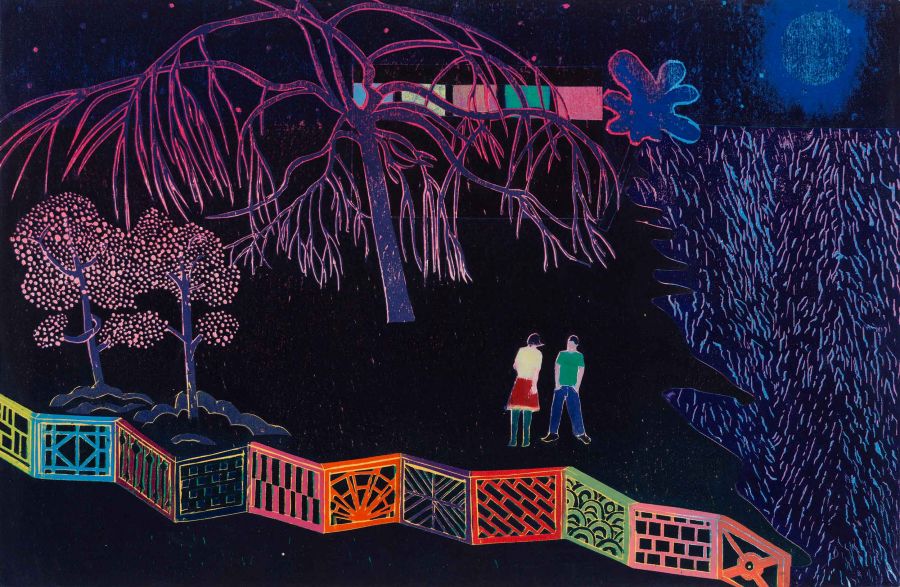 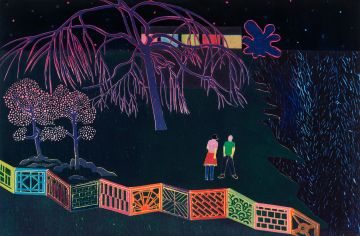 TH: Fence was made in part as a modern day utopian take on the story behind Minton’s 1790’s Willow Pattern, which was in turn inspired by china imported from the Far East to the British Isles at that time. I had just had an exhibition in Beijing in 2011 and was totally bowled over by confucian narratives in landscapes that I came across in scroll paintings in Chinese museums. I wanted to explore this particularly British take on a chinese tradition of love and loss and and the exploration of the human condition played out amongst the backdrop of the countryside. The island here is a metaphor for the lonely and cut off life of an artist and his family. This is both an intellectual and a physical phenomenon…the act of being a filter on the world only works when one is on the edge looking in. The couple have created an eden around them but it’s pretty isolated.