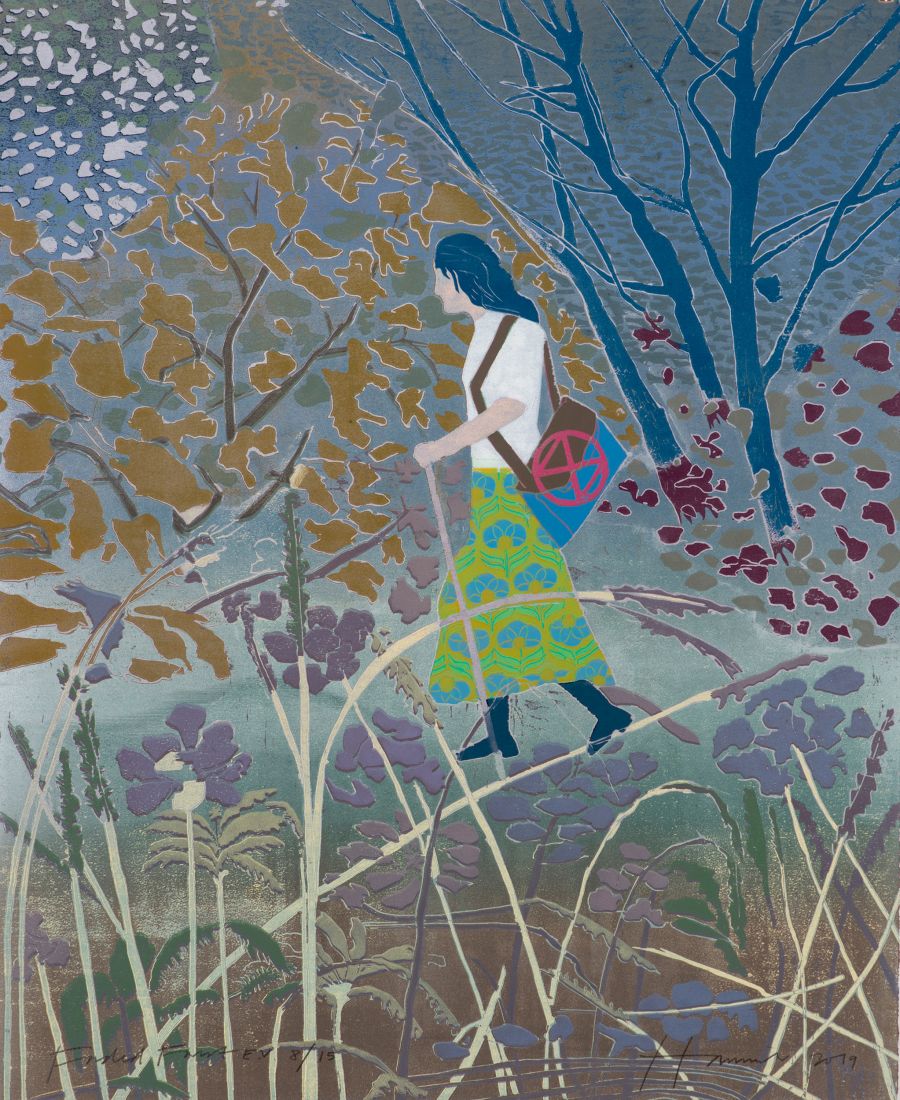 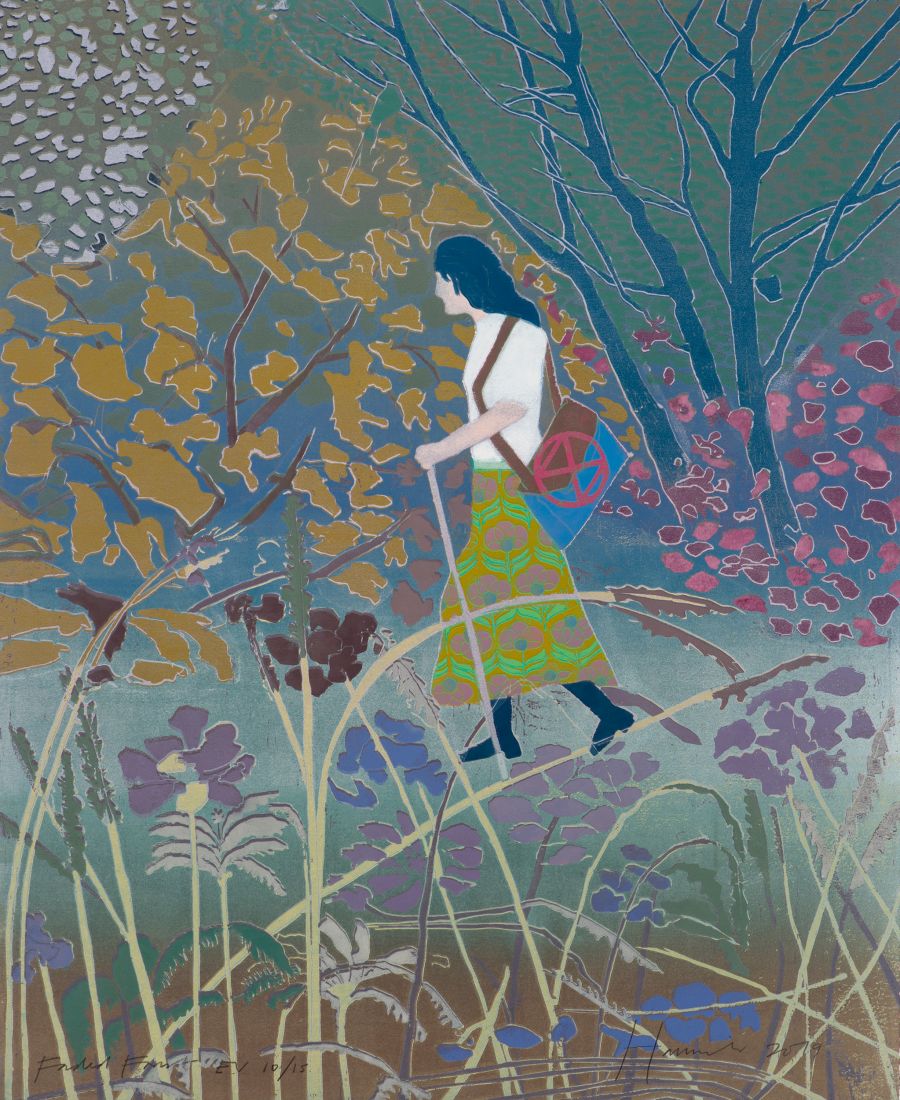 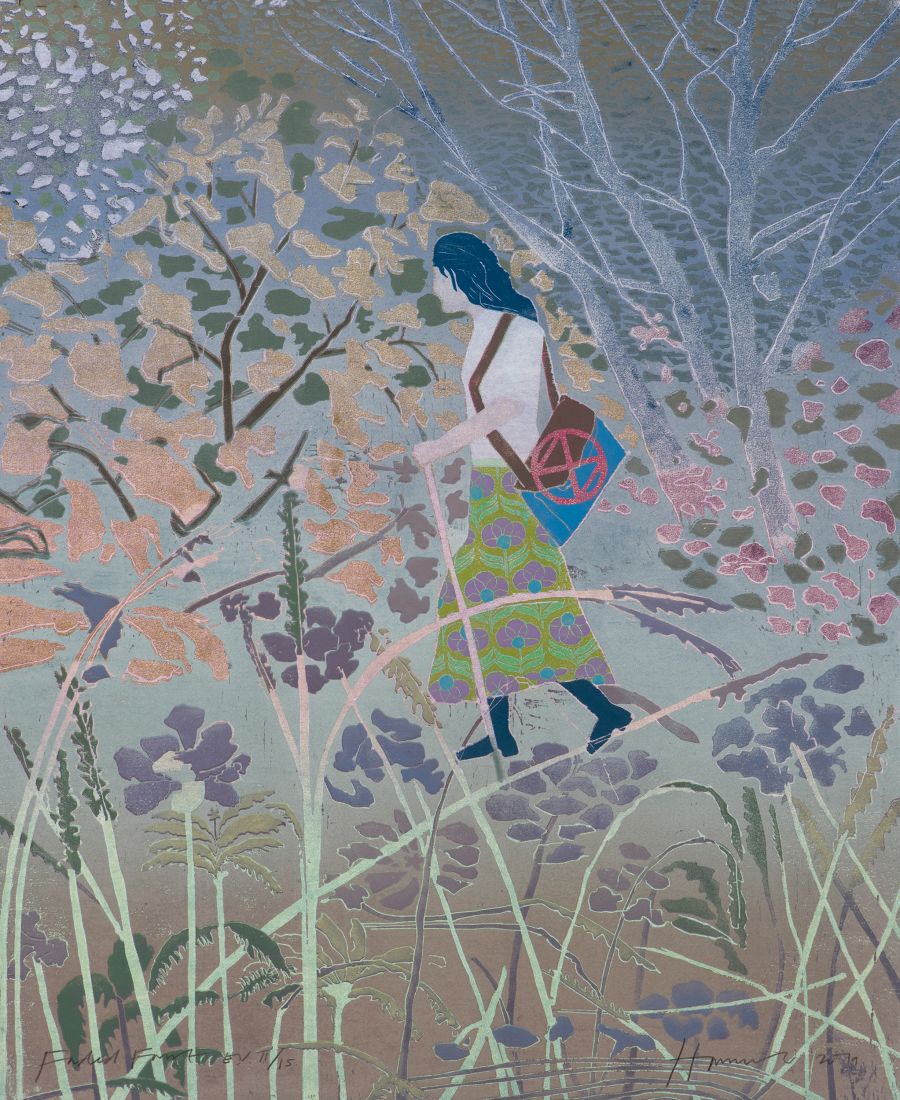 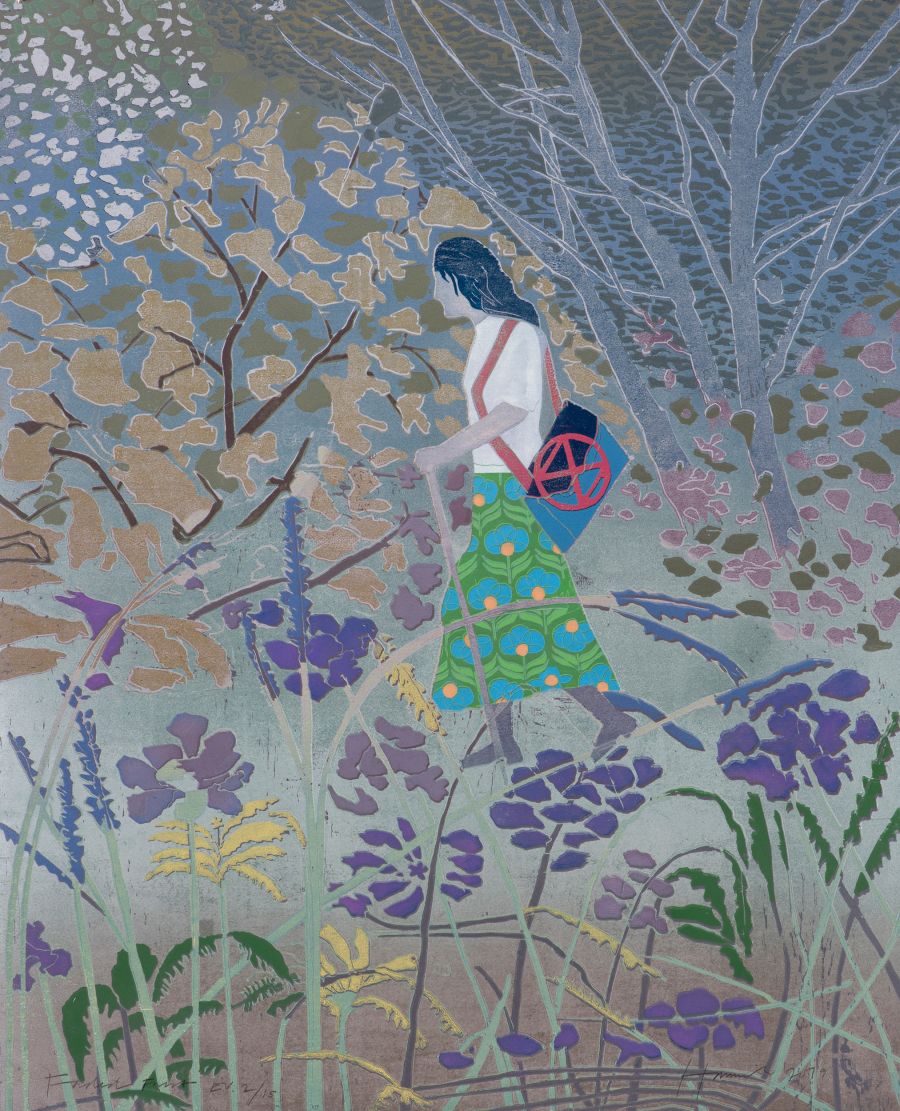 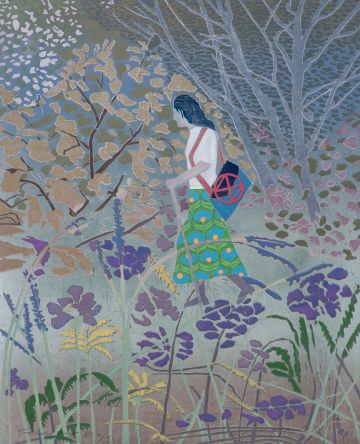 Faded Forest was a visual idea that came from a photograph of the artist walking through the bleached out forest in southern Mongolia close to the Great Wall of China. There was literally no moisture in the air and the leaves, what leaves were present, were paper thin and silver and crunched under foot like walking on old fashioned cellophane. In this image I have transposed a middle aged me to a much younger woman who despite her little legs that seem to belong to a much older woman is striking out into the wild. For those of us who have children or nephews and nieces we are often full of fear and trepidation as they leave home bravely meeting the outside world. She has an Extinction Rebellion logo on her shoulder bag; I hope this alludes to her desire, like mine for a world less pillaged by capitalism and the power of big multi nationals. - TH