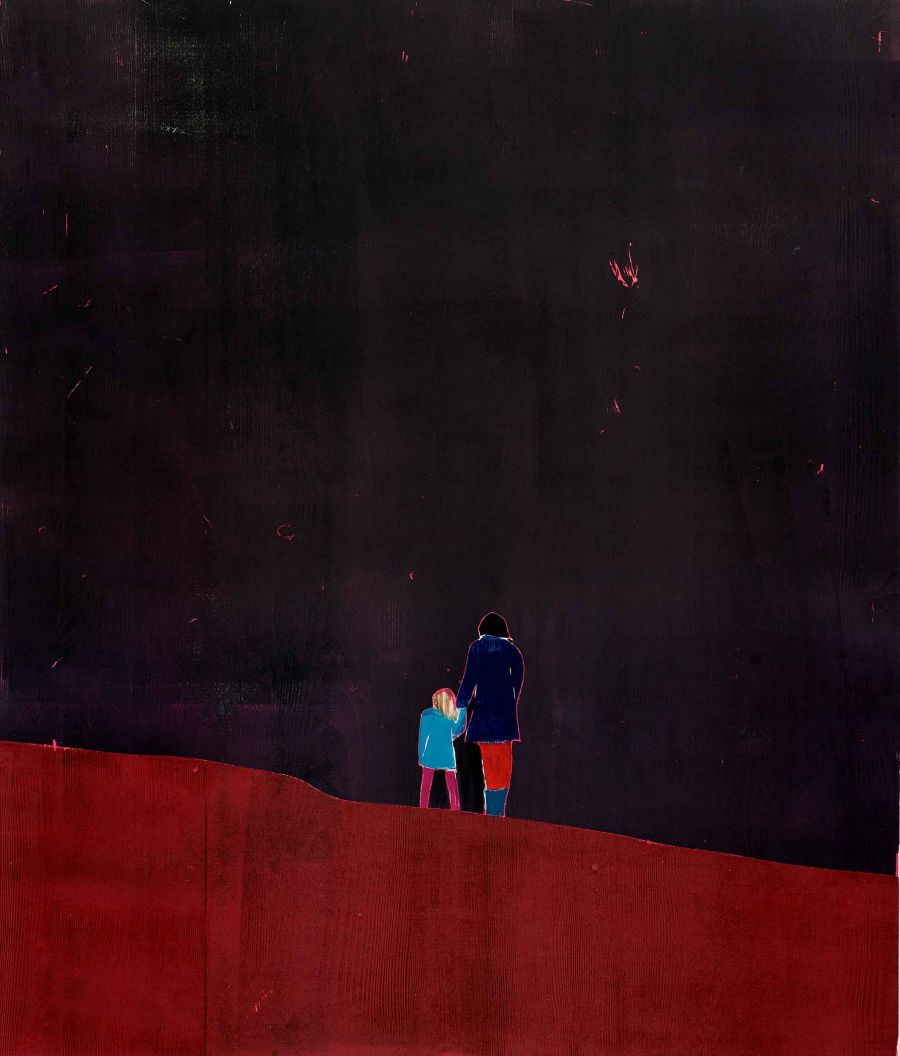 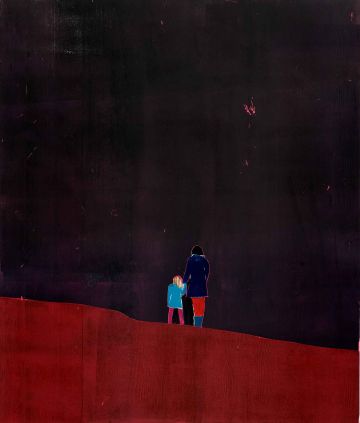 Edgeland’s title is pretty self explanatory as a pointer to the universal apprehension of not being able to see/know what’s coming next in life. (The viewer, unlike the figures in the picture, cannot see beyond the horizon in the foreground.) It is also a word that plays on the notion of landscape on the edge of suburbia, like the semi rural spaces near to the M25. These are spaces I am often drawn to, like George Shaw and Stefan Kurten and the British photographer Andy Sewell.

The composition is also a play on Caspar David Friedrichs’s common use in his paintings, of the figure(s) seen from behind, contemplating the view before them. Keifer also used this compositional device in his early landscapes and photographs. This is called Ruckenfigur in German and acts as a double take where a figure(s) in the image looking out across a landscape enables us to imagine their experience of the scene while at the same time allows us to think about how the sublime vista is perceived and idealized by us in the first place. In Edgeland there is a twist which makes the picture I hope ambiguous. We cannot see what the mother and child are looking at.