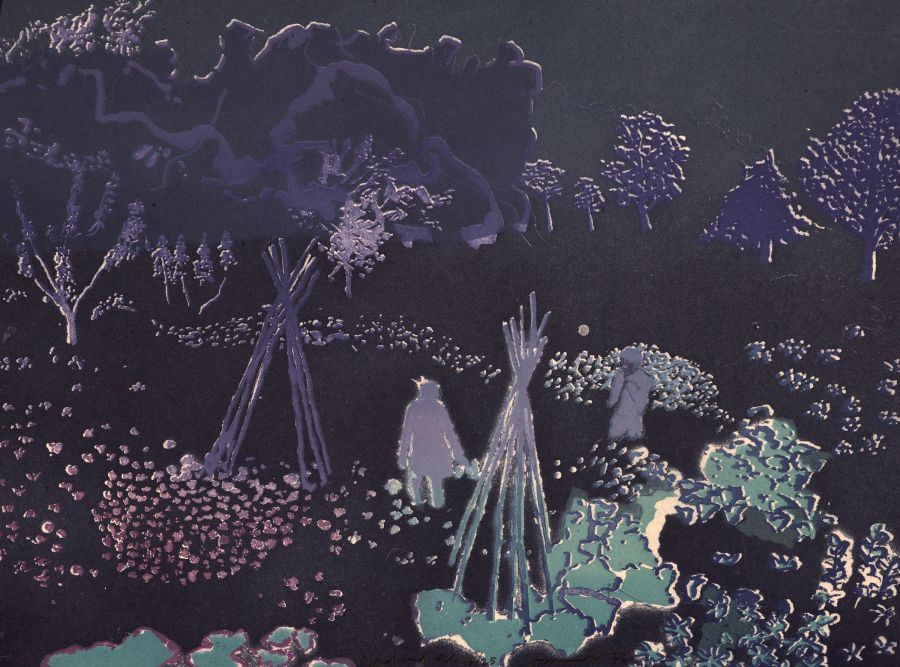 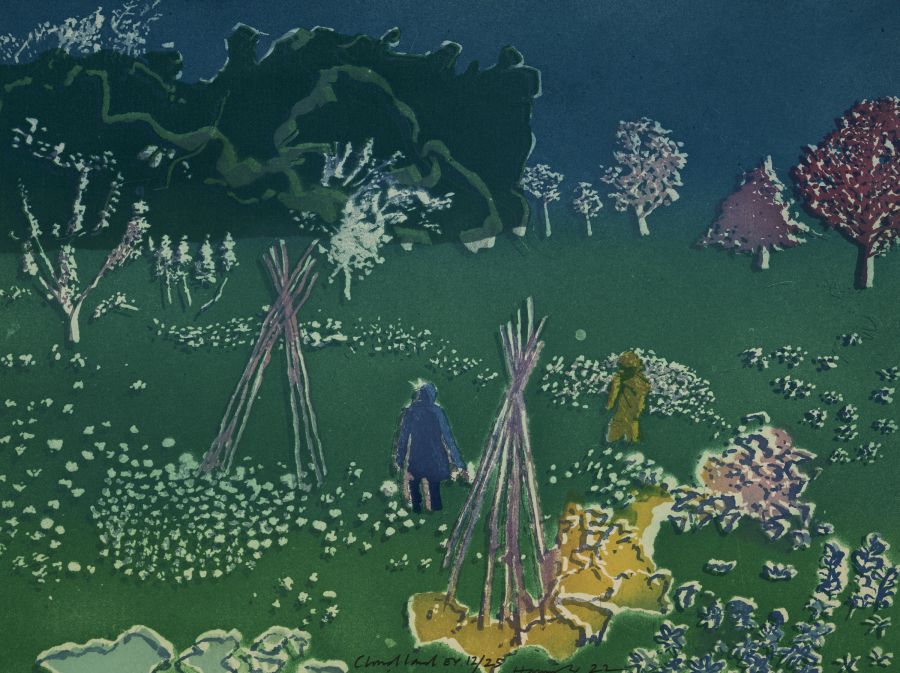 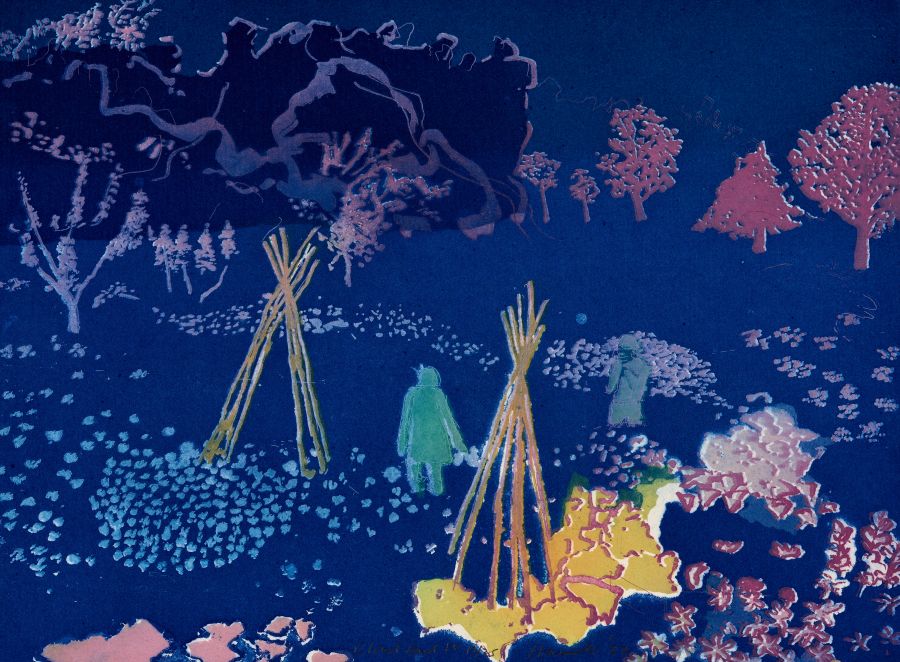 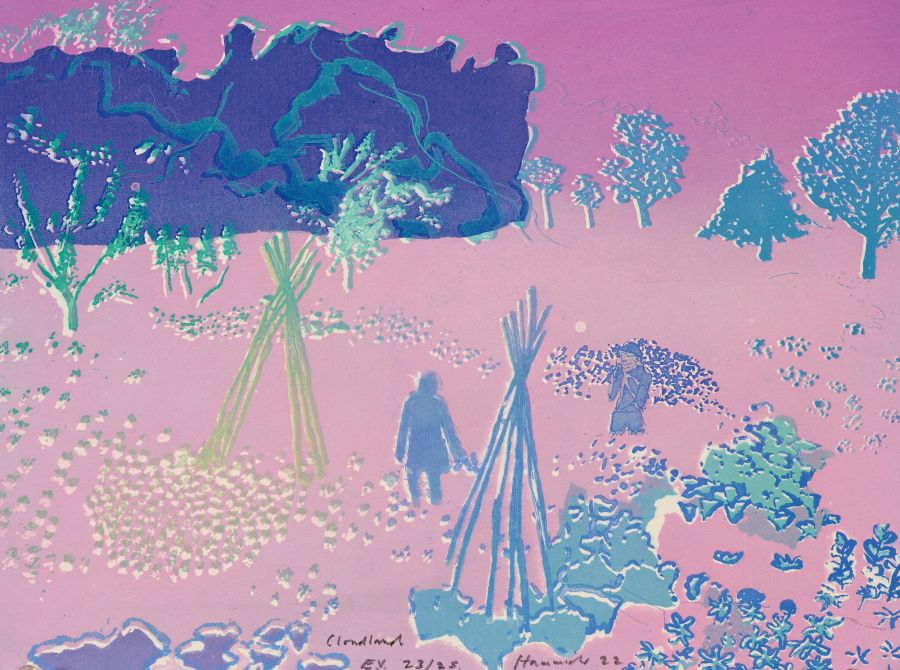 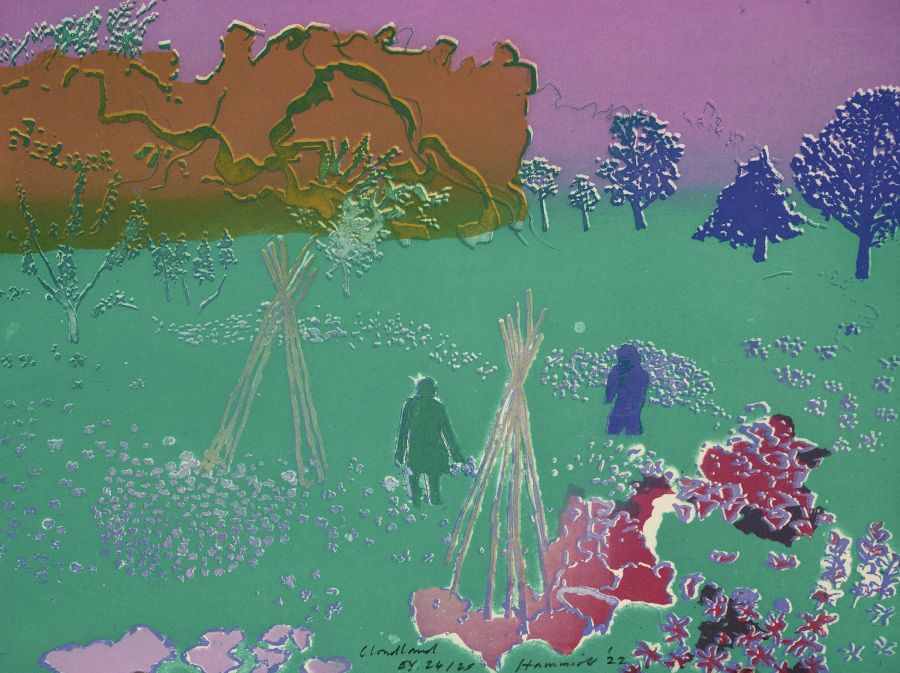 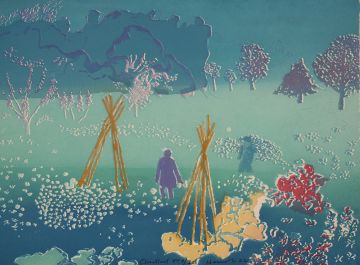 The sequence of impressions of Cloudland each with their own very different saturated colour combination was influenced by the visual languages of both Sean Baker’s Florida Project and Barry Jenkins’ Moonlight, two American films made in 2015 and 2016. Both films simulated and used out of date film stock to create heightened colour combinations that emphasised more expressionistic notions of truth telling which conjured up an atmosphere more akin to a theatre or ballet production which used magenta and cyan lighting to create different chapters within the narrative. The technical nature of this etching in using sugar lift as a process to create marks for aquatints which hold pigment has meant that Cloudland is quite painterly in it’s rendition. The marks hint at clumps of leaves and flowers for our imagination rather than illustrate them. They are in a sense pre lapsarian colour fields straight from a dystopian JG Ballard novel where the landscape in these times of climate catastrophe is based on a totally novel patina. – TH 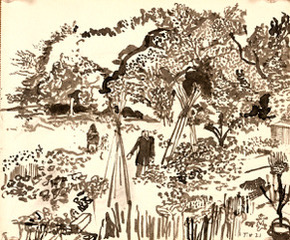