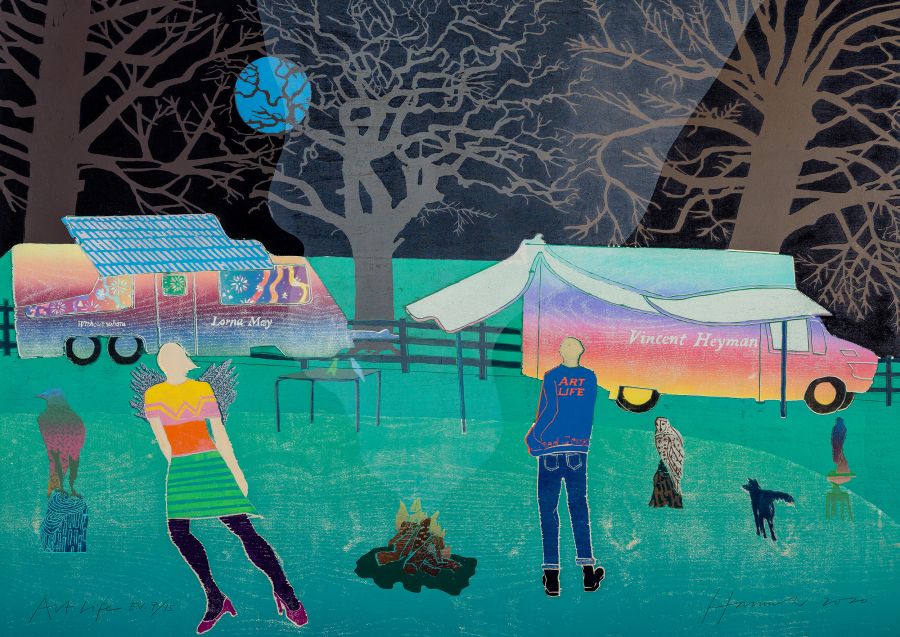 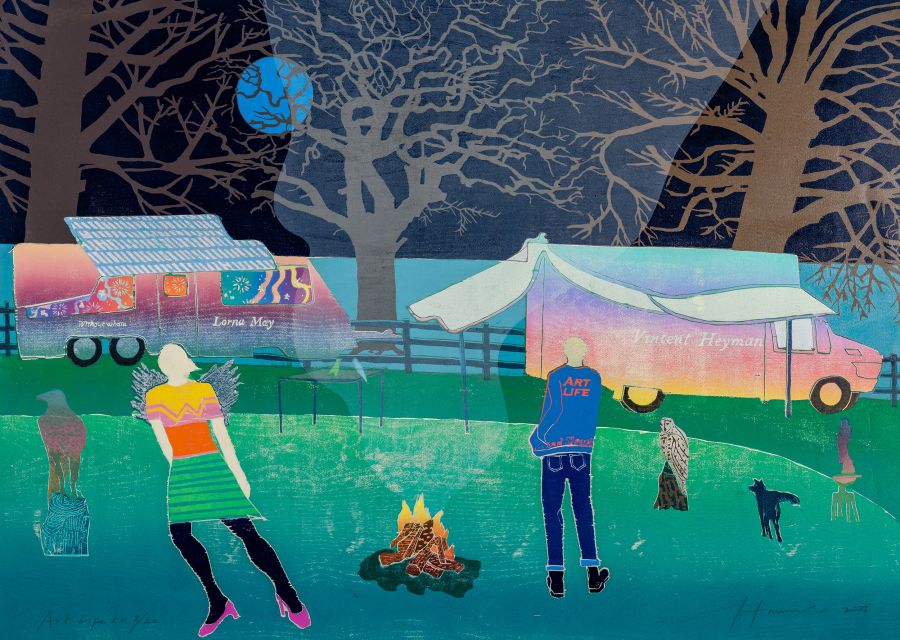 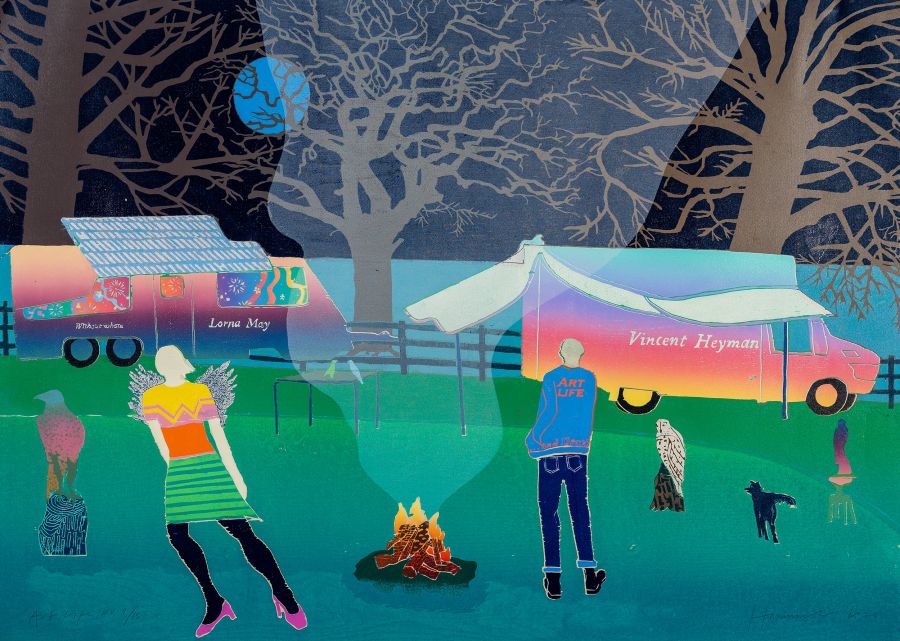 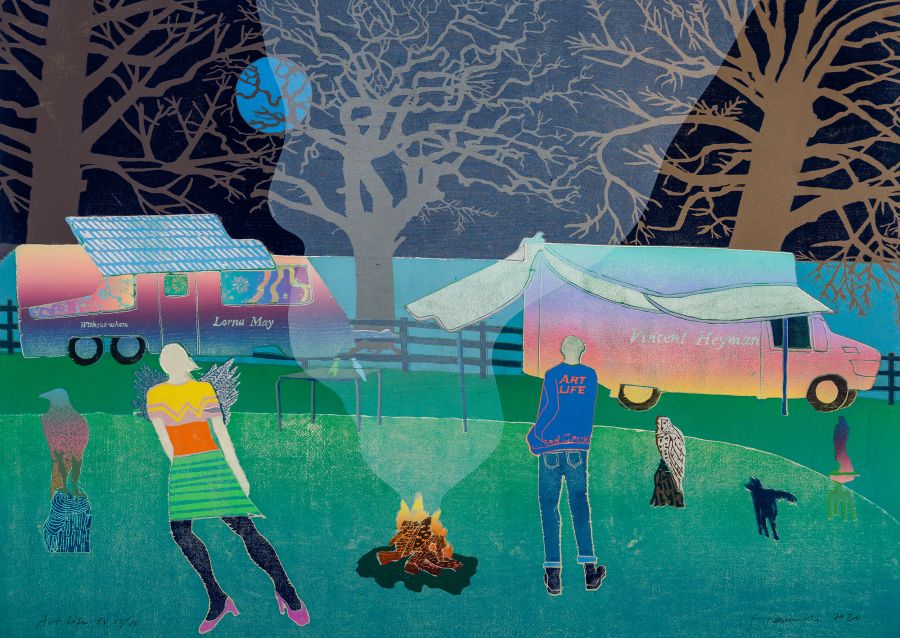 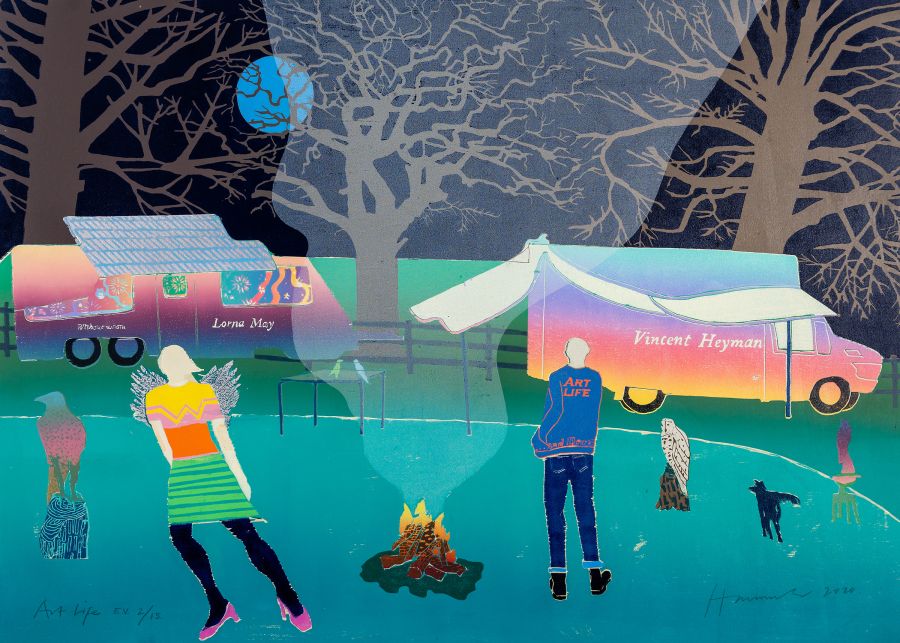 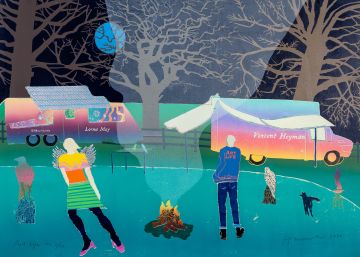 Background on the piece

'Art Life' started when Tom was visiting his friend Sophie, who runs Hammick Editions. Out of his side window a white caravan and lorry had set up shop in a lay by by the side of the road. Smoke was rising from a little chimney and chain saw sculptures of birds and animals, some set on toadstools were arranged around the site. The woodcut, much more saturated in colour than the initial winter theme, acts as a metaphor for both the hardship of being an artist however “free” that might be and the grim reality for any relationship built round such impecunious making. Here the artist turns back to his mobile studio while his partner seems to be exiting stage left as quick as she can, while wearing a version of Clare Danes’ wings as Juliet in Baz Luhrman’s Shakespearean tragedy. His romanticism for her written out in italic script on their caravan publicly professes his love for her, "Lorna May Without Whom”, like a line from a country and western song. Perhaps this is all too painful to behold. – TH

Here Tom talks about the wide-ranging influences, amongst them the paintings of Malcolm Morley and Werner Herzog's 1974 documentary film The Great Ecstasy of Woodcarver Steiner (Die große Ekstase des Bildschnitzers Steiner) that inspired the print.